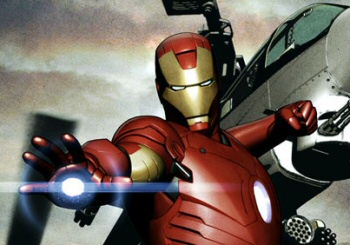 The Thought Bubble festival weekend is going to be pretty immense especially if your lucky enough to make it for the whole shabang.

On Friday 9th October Travelling Man Leeds and Thought Bubble will be putting together an evening with Adi Granov and a master class on how to break into the comic industry. It wont be the first time Adi has been to Travelling man but this the first we know of that he has focused on how to break into the comic industry. The evening will host a live drawing session with the Iron man concept artist and the best thing is it will all be free. 6.30pm – 8.30pm

The convention kicks off on November 20th to the 22nd. Although most of the main events will take place on the 21st which is the Saturday of the weekend.

The first Thought Bubble convention hosted had a pretty big turn over with 500 visitors, the second jumped up to 1600 guests and this year is expected to break even that with a possible 2200 visitors attending.

Hopfully there will be a few exclusive items and so far Travelling Man are set to hand out goody bags for guests but we will have to wait and see what we get.

With 2200 visitors over the weekend I suggest you head over to Saviles hall on the Saturday as early as possible as this is set to be the busiest event by far throughout the weekend.

The list of Thought Bubble festival guests is huge for any convention especially one UK based and best of all most of the signing should be free as they were in the first two years.

A special night has been set up on the Saturday for the first 500 tickets sold and there is still time to get in, so far only 216 tickets have been sold but with the show being a few weeks way there wont be many left for the convention after party at the Alea casino.