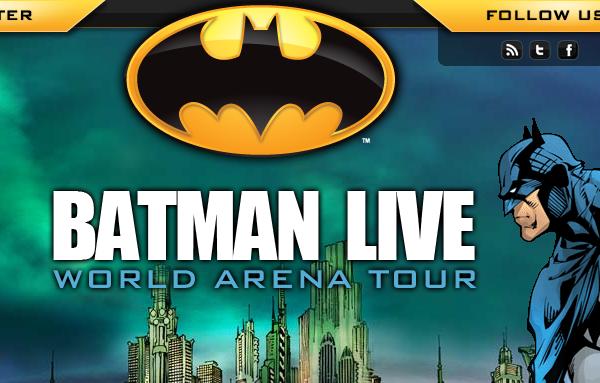 Batman could be coming to a town near you next Summer. The Dark Knight has a live show Batman Live which will feature an all new never seen before super hero stage adventure.

Marvel have taken over the cinema in the last decade but DC Comics is fighting back with an original idea which will bring Batman’s worst enemies together on stage.

The show will premier in the UK Summer 2011 which will help give us a Dark Knight fix before the Dark Knight Rising Release Date in 2012.

The Batman Live area tour is a multi million stage production the like of which comic fans have never seen before.

Not much information has been released about the show yet but it will feature an original story which will feature most of the main bad guys and girls from the comics.

I’m not sure how they will manage to fit everything into one show. The writers have managed to write a whole tour of Gotham City including Arkham Asylum, Wayne Manor and the Batcave.

If the location list wasn’t impressive enough the writers have managed to write in the Joker, The Riddler, Catwoman, The Penguin, Two-Face and the mega comic hottie Harley Quinn all with one one aim to run Gotham City into the ground.

Batman Live will also feature the boy wonder Robin as Batman’s backup. It’s going to be one epic night which no Bat-Fan will want to miss.

Tickets have gone on sale with a range seats from basic to gotham City Priotiry seats for £45: 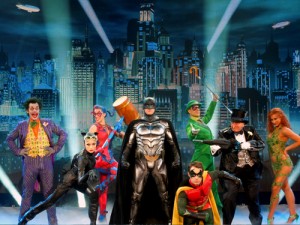