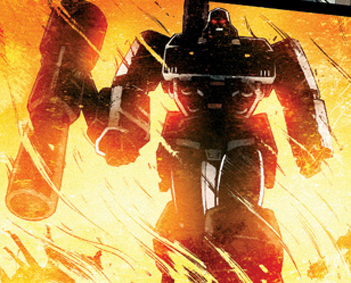 Auto Assembly 2009 is set to break all attendance records once again for a European Transformers convention and we are delighted to say that we are going to be joined by fans from not only all over the UK but from all over Europe and from as far afield as America, Singapore and Japan making Auto Assembly 2009 a truly global event.

However, we appreciate that there are many of you who would love to be able to attend the convention but can’t attend either because of distance of who are unable to get time off work so once again we are offering a non-attendee package which will allow you to get involved in the convention and get your hands on all of this year’s convention goodies and a whole lot more besides…

These non-attendee packages are £60 for anyone living in the UK and £70 for the rest of the world and are fully inclusive of shipping costs. While these are more expensive than passes for the convention, we think they offer exceptional value for money. Why? Well, each non-attendee pack will get you:-

And that’s not all! The first 20 people to buy the non-attendee package will also receive a copy of Apocalypse Comics’ retailer exclusive edition of All Hail Megatron #1 or All Hail Megatron #12! This is quite possibly the best non-attendee package we have EVER put together and is an ideal way for you to get involved with the convention if you can’t make it this year and potentially your ONLY chance to get this year’s convention exclusive comic!

Once you have paid your £60 (or £70 if you live outside the UK) there is nothing more to pay. The only additional charges are for additional postage charges that may be incurred should any competition prizes be won that we may need to ship, or relevant amounts for any auction items that you may win.

To purchase your non-attendee package, visit the Auto Asembly website NOW! If you are able to join us, full weekend tickets are available and are £45 for adults and £35 for children/students/senior citizens with under 5s being FREE. Family tickets (2 adults and 2 children) are just £145 saving £15. Limited numbers of single day passes are also available starting from £18. Don’t miss out on your chance to be a part of what is going to be a great weekend celebrating 25 years of the Transformers!!

For full details on Auto Assembly 2009 and to book your tickets, visit the website at www.autoassembly.org.uk