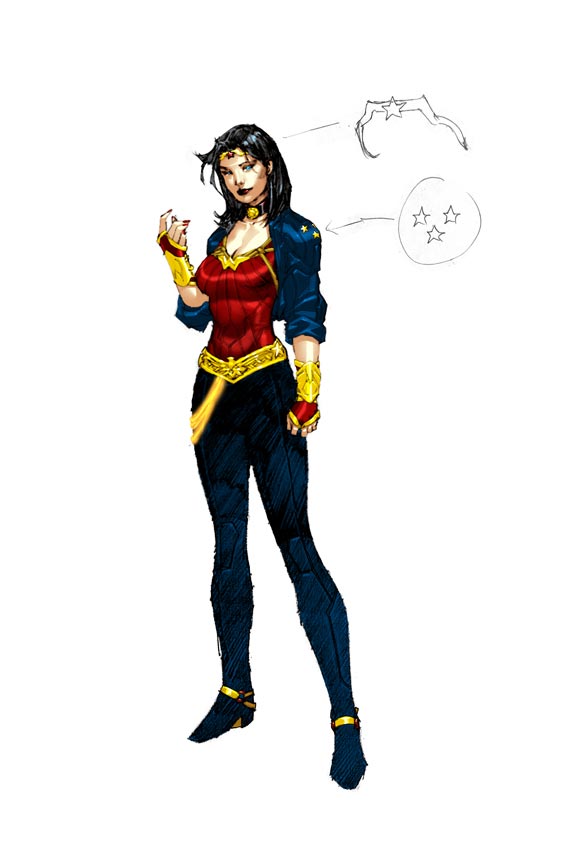 We have already had Batman 700, Superman 700 both tried to make the anniversary issue something special but didn’t quite make it. Wonder Woman 600 on the other hand has a whole new revamp which is pretty unexpected.

DC comics have a few leading ladies such as Cat woman, Supergirl, Power Girl but the first leading lady of DC Wonder Woman is finally changing her outfit after 70 years.

The new costume is designed by my favourite Batman artist Jim Lee but it was devised by the new writer for the series J. Michael Straczynski.

Over the years a lot of comic ladies have had new costume redesigns but they have all just gotten shorter and tighter. Wonder Woman’s is breaking all the rules and will be companied with a whole new origin story.

Wonder Woman could be one of the biggest selling comics but I like most comic fans won’t have a grip on the character, I know her origin but not much else about what makes her tick. The reboot from Straczynski is going to bring in a whole new audience while exciting the long time fans of the princess of the Amazons.

She’s been locked into pretty much the exact same outfit since her début in 1941,” Mr. Straczynski wrote. “If you’re going to make a statement about bringing Wonder Woman into the 21st century, you need to be bold and you need to make it visual. I wanted to toughen her up, and give her a modern sensibility.

Normally I wouldn’t back such a drastic change to an icons appearance and origin but turning Batman into the Dark Knight by painting his old gray tights black was the beest thing that has happened to DC. Everything is pointing to Superman having a similar update following Smallville’s take on the Superman costume.