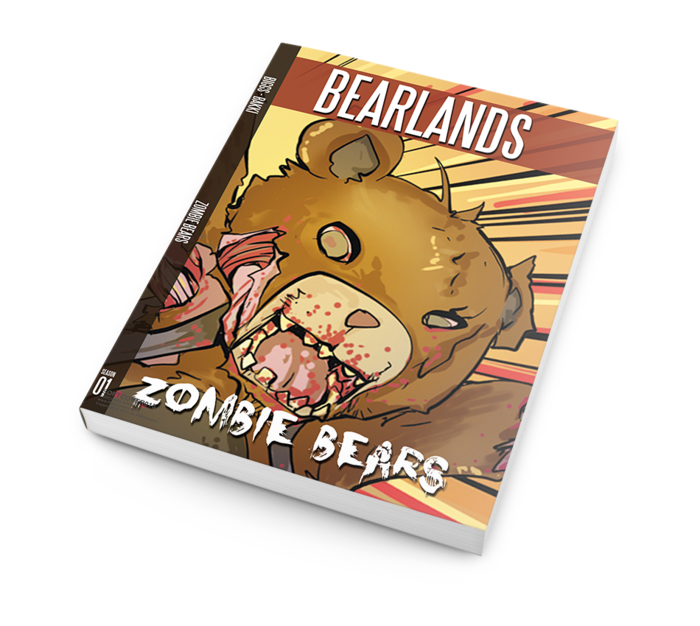 As far as a comic based on zombie care bears can go I think Bearlands has gone a long way in the last two years. Subversive comics is now just one issue away from completing the first volume not to mention a whole range of T-shirts and custom merchendice. Now they are gearing up to release the sixth in a collected volume thanks to a Kick Starter project.

The last Kick Starter project that Subversive comics did hit target early and went on to raise £14,682 of their £3000 goal. This meant they could finish off the first three issues of the awesome Metal Made Flesh series and start work on further issues.

Only a week into the Kick Starter they are already half way towards raising the £3000 target and from the looks of it they could be onto another hit just like with Metal Made Flesh.

For an indie publisher they are smashing expectations by releasing some truley original comics and are even working on a cartoon based on Bearlands.

Bearlands #1 was released in 2012 and was a massive success thanks its cute artwork mixed with a lot of gore which goes where no other zombie comic has gone before. I hope this kick starter goes way beyond their expectations again and we get to see a lot more from Subversive comics in the future.