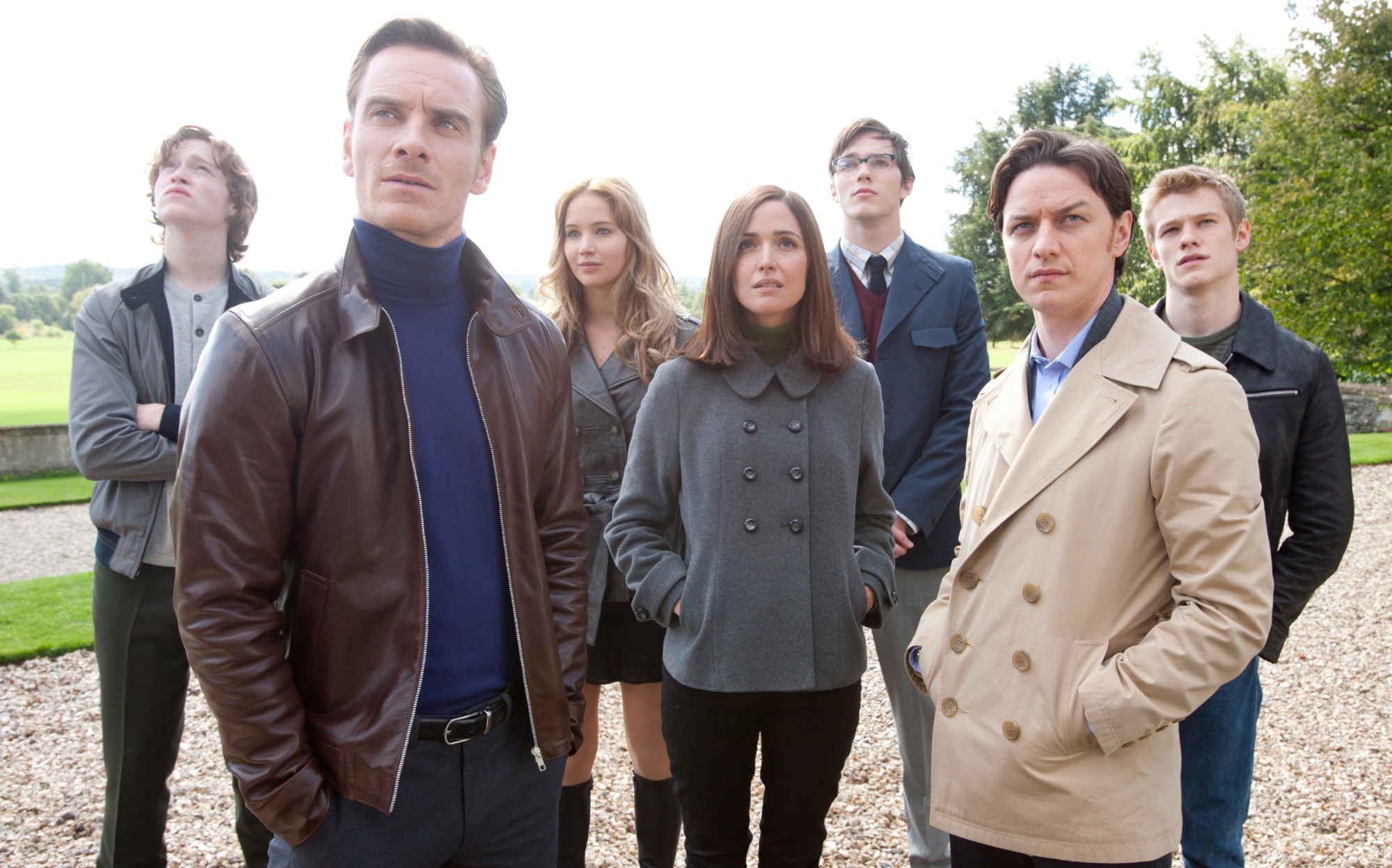 From actually seeing the movie it looks like it may have been based on the original X-Men prequels that were planned after Last Stand. The original prequels were to be based on Magnito and Xavier and how they became friends formed the X-men and went different ways.

The main difference between First Class and the original prequels is the casting. When they finished filming Last Stand they had planned to shoot the prequel with Ian McKellen and Patrick Stewart but use state of the art CGI to make them look young. This idea got scrapped initially and then used at the end of the Wolverine movie when Professor X shows up to pick up the mutants.

Written by Bryan Singer who penned the last three X-Men movies along with Superman Returns it defiantly had a great tie in to the original movies without the risk of someone new coming in and trying to put their own take on the franchise.

The screenplay was developed by Matthew Vaughn who made Mark Millars Kick-Ass such a big deal. He’s got a strong future in comic book movies and knows what to work on and what to pass on. One of the reasons Kick-Ass 2 has been delayed is Vaughn doesn’t want to make the sequel as he doesn’t think it could top the first Kick-Ass movie and he may also be ploughing straight into X-men First Class part 2.

Back to the movie, it’s bloody amazing. Everything you could want from an X-Men movie and more. Now we are moving on from the X-men cartoon generation this movie is very much what the previous three movies tried so hard to be.

Throughout the movie you get some amazing character development without it effecting the overall flow of the movie. Magnito is a tortured child finding redemption in revenge of those who killed his parents. Beast feels uncomfortable as a mutant and slowly finds his feet… lolz

The movie also has a great selection of hotties. Mystique is the ultimate mutant hot chick and learns how to work it in this movie. One minute she’s blonde then she’s blue then she’s nude. Whats not to love.

Easily the biggest star of the movie is Michael Fassbender who plays Magnito. After watching First Class you might believe he could be the greatest actor of all time. There is a rumour he might be the next James Bond which would be amazing as he would make all previous 007 actors look like Mr Bean.

As for the sequel I think there is plenty of room for one but where it would be placed in the time line and if Mattew Vaughn will return are up in the air. I have a feeling the wish to make a sequel will be there but there could be too many technical issues with contracts and ticket sales in the way.

This is a Marvel comics movie that breaks the mould of all others for the last decade or so. We didn’t see Stan Lee in the movie anywhere which was a bit of s shock and also there was no post credits scene to tease fans with a sequel.

Oh and yes Wolverine is in the movie for all 10 seconds or so but its a great 10 seconds.