First picture of Jennifer Lawrence as a vengeful Mystique. 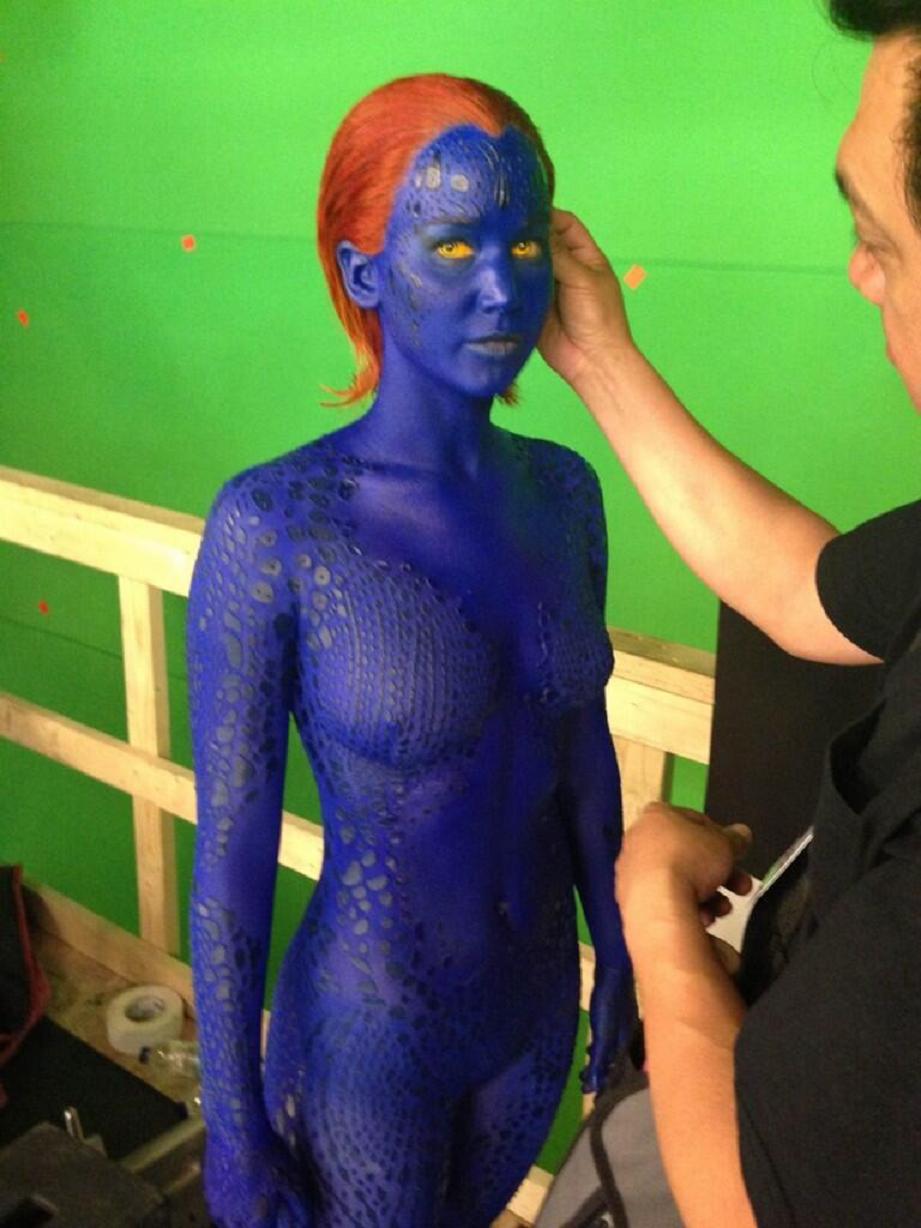 No matter how many updates I see about X-men Days of Future Past it still sounds too good to be true. Especially with the trouble Marvel Studios has had with the Avengers. Somehow Bryan Singer has managed to assemble the greatest cast any movie has ever seen and its a comic book movie.

The latest movie update for X-men comes as Bryan Singer tweets the first picture of Jennifer Lawrence as a vengeful Mystique.

The new Mystique costume differs from the First Class one as that was mainly body paint and took hours to apply. This one is a very tight body suit along with paint. The change is probaly due to Mystique being a lot more active in this movie.

Two cast members who don’t look to be returning will be Rebecca Romijn who played the original Mystique and Kelsey Grammer who was Beast. Although it would be great to see two Mystique’s or Beasts in the new movie I doubt there would be enough room.