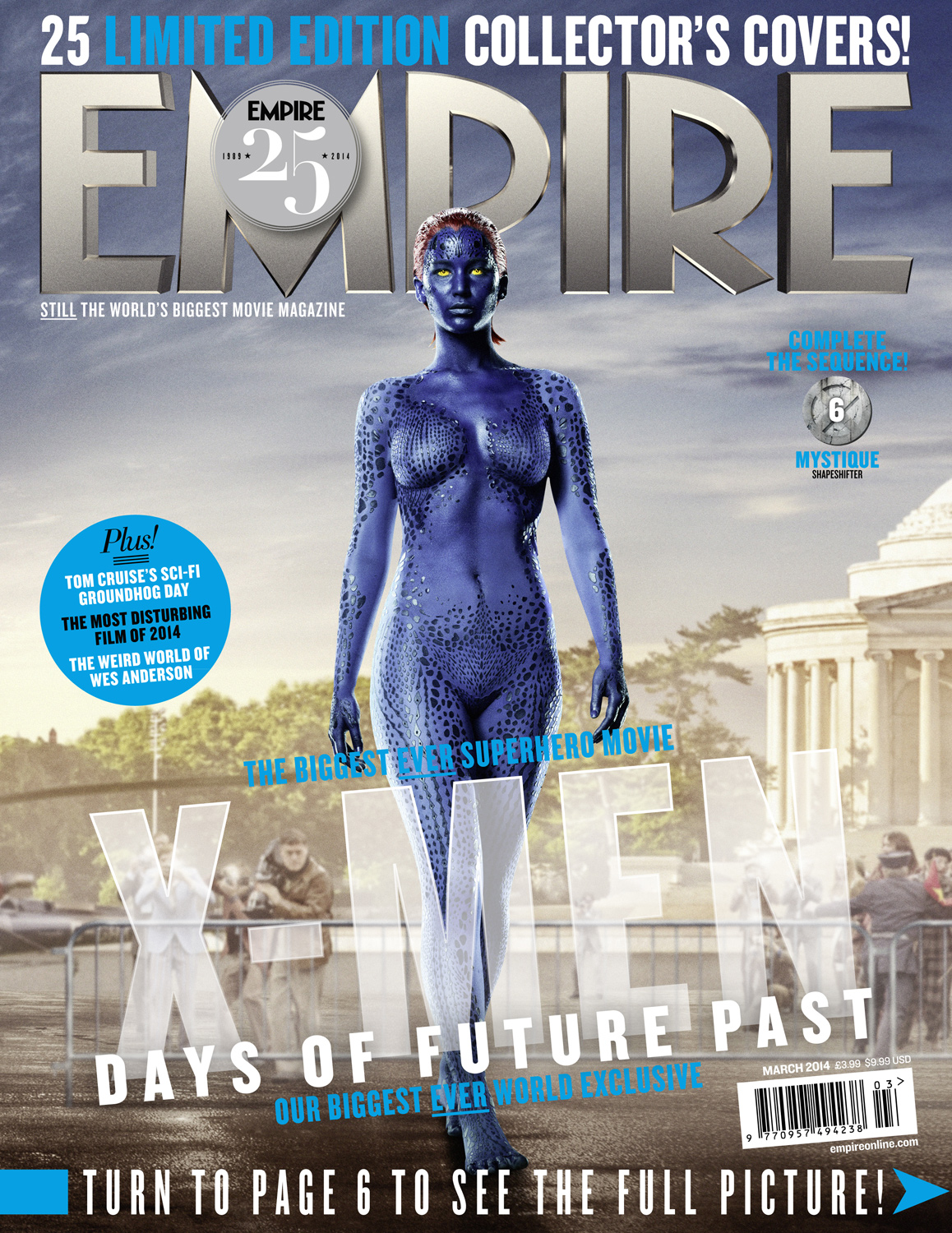 The latest edition of Empire Magazine has joined forces with 20th Century Fox to run one of the biggest promotions in the magazines history. This issue will come with one of 25 limited edition covers, a massive promotion to showcase the massive cast of what will likley be the biggest movie of 2014.

One of the most imprssive covers has to be the new look Jennifer Lawrence as Mystique. The new costume is different to the one we saw in X-Men First Class as that was mostly body paint with extra detail whereas the new one is a super detailed suit.

This promo from Empire is probably going to be the best look at the cast before the May 2014 release of Days of Future Past.