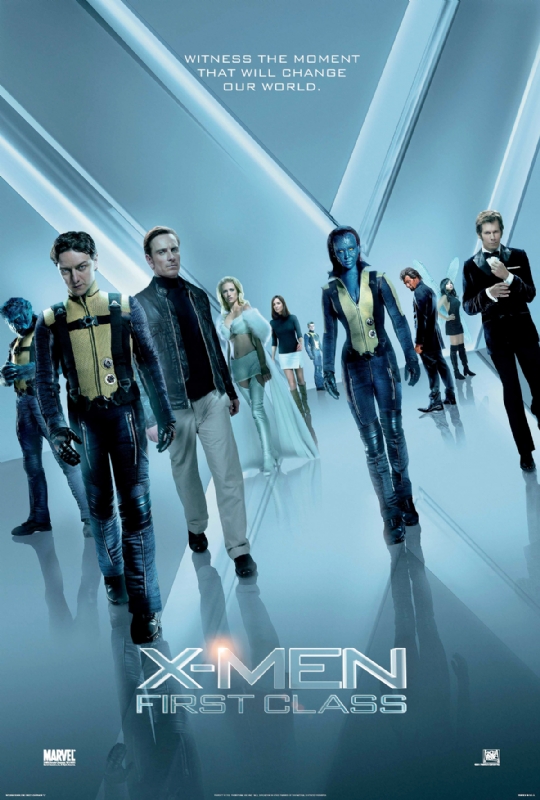 When the first X-Men First Class poster came out it almost looked fake as it came across a little rushed. The latest one from Empire Magazines Website is just as rough round the edges as the first.

The new poster is pretty full on with full body shots of the main characters. I’m still unsure about how I feel about this movie. Part of me wants to jump right in and get super excited but the other half hasn’t seen anything epic from this movie yet.