X-men Days of Future Past Review 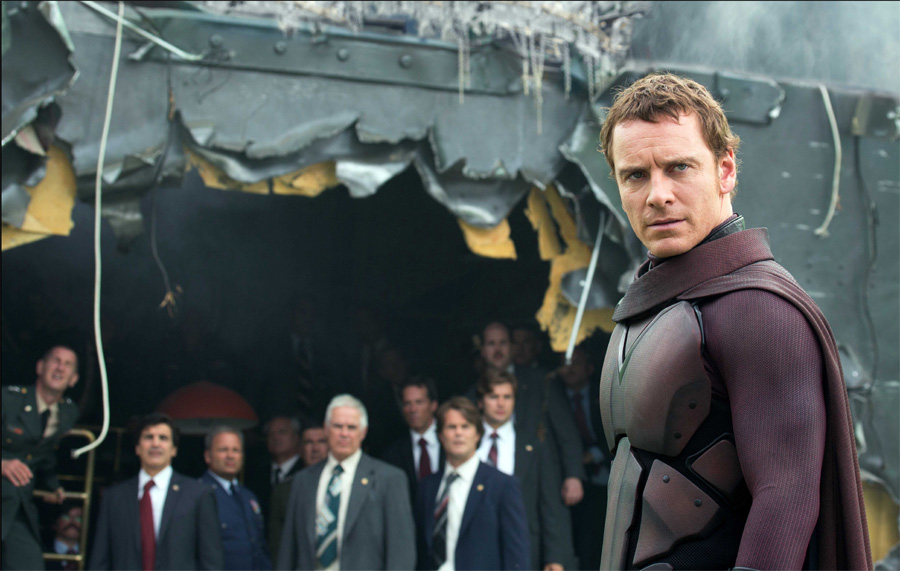 X-men Days of Future Past Review

"A great addition to the X-men films"

As someone who has grown up watching both the X-Men cartoons and the subsequent films, (I even collected the hologram cards as a kid)I was again excited for the newest addition to the franchise. And I wasn’t disappointed.

This new film had a lot to live up to after the New Class which, succeeded in bringing in totally new dimensions and relationships to the already established characters.

The plot of Days of Future Past basically involves sending Wolverine’s consciousness back in time to 1973 into his past body (hence the lack of his adamantium claws)to, prevent Mystique from committing a murder that would eventually lead to the creation of the mutant-destroying Sentinals.

The opening scenes, set in the future, show a bleak world with piles of discarded bodies reminiscent of Nazi concentration camps. The Sentinals have also been upgraded to detect humans who’s DNA would eventually spawn mutant children or grandchildren, thus putting most of mankind and mutantkind on the hit list.

In order to prevent the murder of Dr Boliver Trask, inventor of the Sentinals (portrayed by the fantastic Peter Dinklage), Wolverine must bring the younger Professor X and Magneto (James McAvoy and Michael Fassbender) back together at a time when they couldn’t hate each other more. This task does not come easily with one being a drunk, drug addicted (though walking)professor with his gift temporarily unavailable and the other locked up in a maximum security prison deep in the Pentagon. After convincing Xavier of the mission there comes quite possibly the best scene of the film. With the help of a younger Quicksilver played by the very funny Evan Peters (Todd in Kickass), a brilliant breakout of Magneto ensues, with a good amount of humour and visual effects. If you are going to see this film in 3D this is definitely the best scene for it. There is also Quicksilver’s statement of paternity when he says to Magneto “my mum knew a guy who could control metal once” slipped into the scene.

After a heart warming tete – tete in which Xavier, Magneto, Beast and Wolverine nearly die in a plane crash, thanks to Magneto and his metal bending abilities, all seems slightly more harmonious in their objectives.

Jennifer Lawrence reprises her role as Mystique/Raven and the golden girl of Hollywood again plays it well. She makes it her personal mission to track down and kill Trask to try and prevent the torture he has been inflicting on mutants, unaware of the effect her actions and DNA will have on the future, as Trask’s murder will convince congress of the need for the Sentinal programme as protection.

Even when the assassination is prevented the Sentinals are still commissioned, thus giving Magneto the urge to don his helmet and cloak again to try and destroy the humans using their own weapons. As predicted it is Xavier and the return of his abilities that help Mystique to see the light and help bring Magneto down and save the president.

By the end of the film the time line is completely reset, with all the characters that were killed off in previous films alive and kicking (cue the cameo appearances).This opens up X-Men:Apocalypse to all the previous characters, with a glimpse of the teenage Apocalypse seen in the end of credits scene. I only hope that they keep some of the New Class cast in the next instalment to keep it updated.

As it goes, Days of Future Past is a great addition to the other films but still leaves some questions unanswered and for me personally I was a little disappointed with the reset of the time line. There are some characters I would have been happy not to see again and hope the next film doesn’t become ‘Jean and Scott’show again.

As in the New Class, the performances from this all star cast were strong and it was good to see the differences both the old and new Xavier and Magneto bring to the same charcters. Well worth a watch.