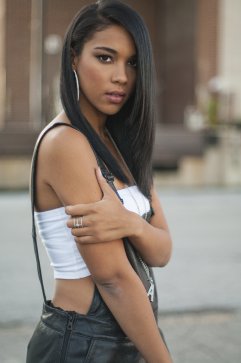 Bryan Singer has announced the new recruits for Xavier’s school for the gifted. Alexandra Shipp has been cast as Storm in the upcoming X-Men Apocalypse movie.

Alexandra Shipp will take over from Halle Berry who played Storm in four of the X-Men movies and was one of the actresses who helped sell the original movies as she was probably the biggest star in the first movie at the time.

It’s an interesting move as Alexandra will play a much younger Storm and we could see her origin and joining the X-Men in this movie.

Much like Sophie Turner who has been cast as Jean Grey has a strong history of playing roles on Television. Casting her as a lead character in one of the X-Men movies could be the first solid evidence we will see a spin off TV series based on the movie franchise with cast that will be happy to be in both.

We have has rumors that Fox has been wanting to move it’s X-Men franchise to the small screen and the chances of it are looking really strong at the moment.