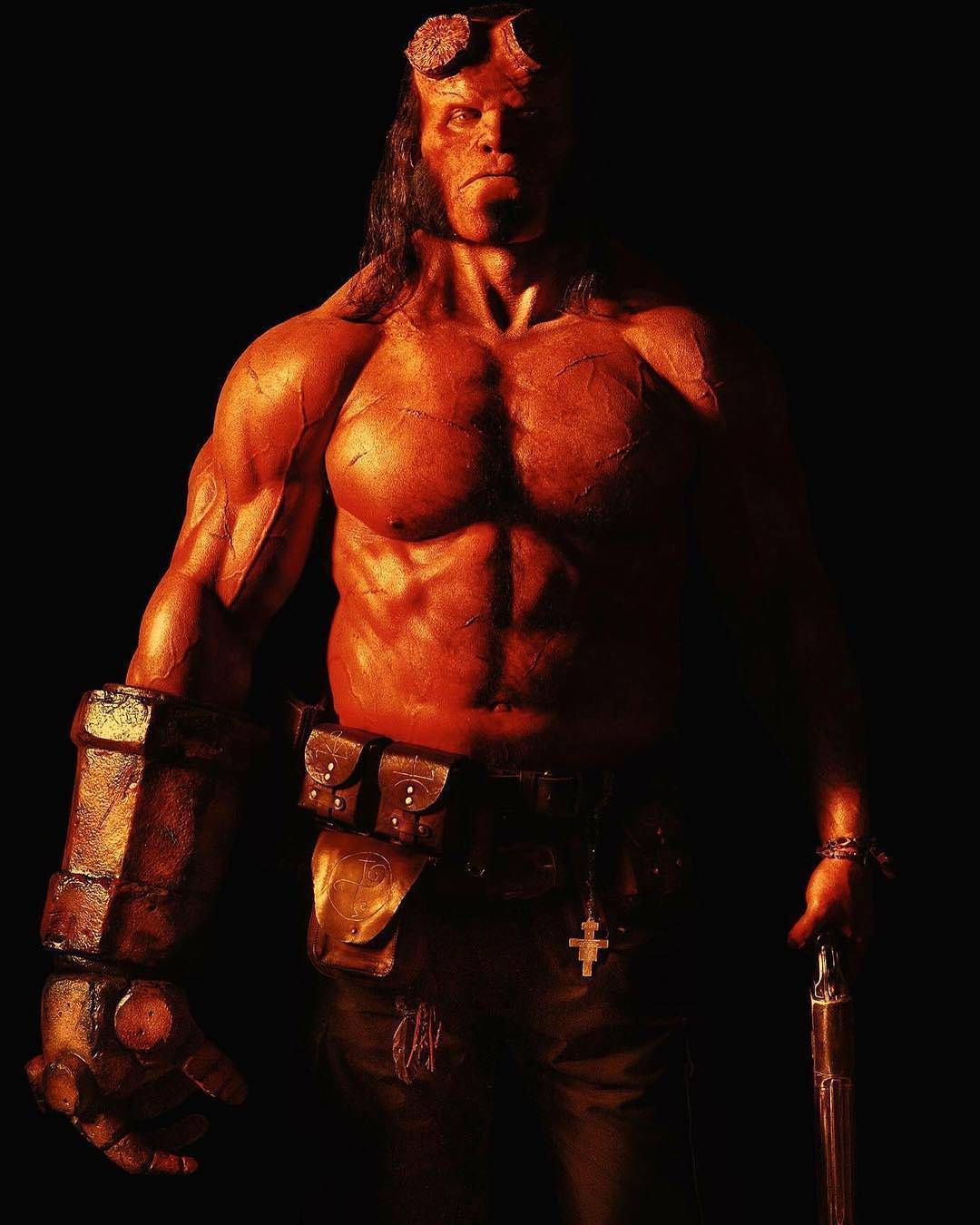 After the third movie in the original trilogy was left on hiatus for about ten years Lionsgate have decided to do a reboot on the cult classic Hellboy.

Along with a January, 11th 2019 release date they have released the first picture of Strange Things David Harbour as Hellboy. It’s not only a giant hand but it’s also some pretty big shoes to fill. The original movie franchise was really special and a total mould breaker as far as comic book movies go. I think one thing they did so well was getting Guillermo del Toro involved who has a limitless imagination when it comes to bringing big visuals to the screen. He also had a lot of input from Hellboy creator Mike Mignola which meant it was as close to the comic as it could be.

The new Hellboy movies will take the franchise in a slightly different direction. From the look of David Harbour as Hellboy it’s taking on a bit more of a darker tone, something which seems to help on modern comic book movies. The darker tone will come with a higher movie age rating, something many movies have tried to avoid but it worked well for Deadpool and it seems to mean they have more freedom to play with action scenes and for Hellboy that can only be a good thing.