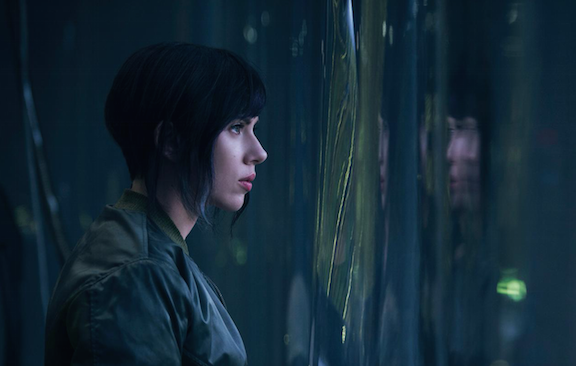 Since Paramount released the first picture of Scarlett Johansson as Major Motoko Kusanagi in the upcoming live Action Ghost in the Shell movie it’s stired up a lot of controversy. The big divide came from Scarlett Johansson vs those who are big fans of the source material and think the casting is whitewashing by casting an American actress to play an originally Japanese character.

Personally I’d be happy with just about any actress playing the lead character in this movie as long as the story is good.

It’s a very complicated story any just about everyone takes something different away from either reading the manga or watching the anime. It’s not just about androids and technology. The whole question of a human soul is questioned in the manga across several series. Most people loved the anime and stopped there, I thought it was good but didn’t do the manga justice as it was only a small piece of a much bigger story much like Akira.

I liked the Old Boy manga, Loved the original movie and even enjoyed watching the American remake. When you think about good movies it’s not been the cast it’s the story and directing that will make this movie a success or fail.

In the past people complained about British actors playing iconic American roles like Spider-man Batman but they turned out to make great movies. There was even complaints when Idris Elba was cast as Heimdall in Thor as some people thought the fictional god must have been a white guy. Nobody complained when they made Spider-man Japanese and gave him a giant super robot, mainly because that series was bad ass awesome.

Scarlett Johansson has taken on a lot of difficult female roles in the last few years and she’s done an amazing job at all of them. Just watch Under the Skin or Lost in Translation and she has enough screen presence to make this role work. Yeah it might annoy some die hard fans of the manga but they need to watch Dragon Ball Evolution and think, it can’t be as bad as that.

If I could change anything about this movie I’d leave Scar-Jo in there and focus on a few more important details first.

Overall whitewashing isn’t a good way of honouring the original material but we don’t know how close they are going to stick to it anyway at the moment, it’s currently filming in New Zealand so could be set anywhere at the moment. Some would argue the oldest example of whitewashing would probably be Jesus meaning it’s been going on for a long time. Hopefully the protests online might make movie studios think twice about doing it in the future. But at the same time we don’t live in the 1800’s and people can be any color and be from any country nowadays. Scarlett Johansson is going to do an amazing job of making this live action Ghost in the Shell movie a beautiful movie.