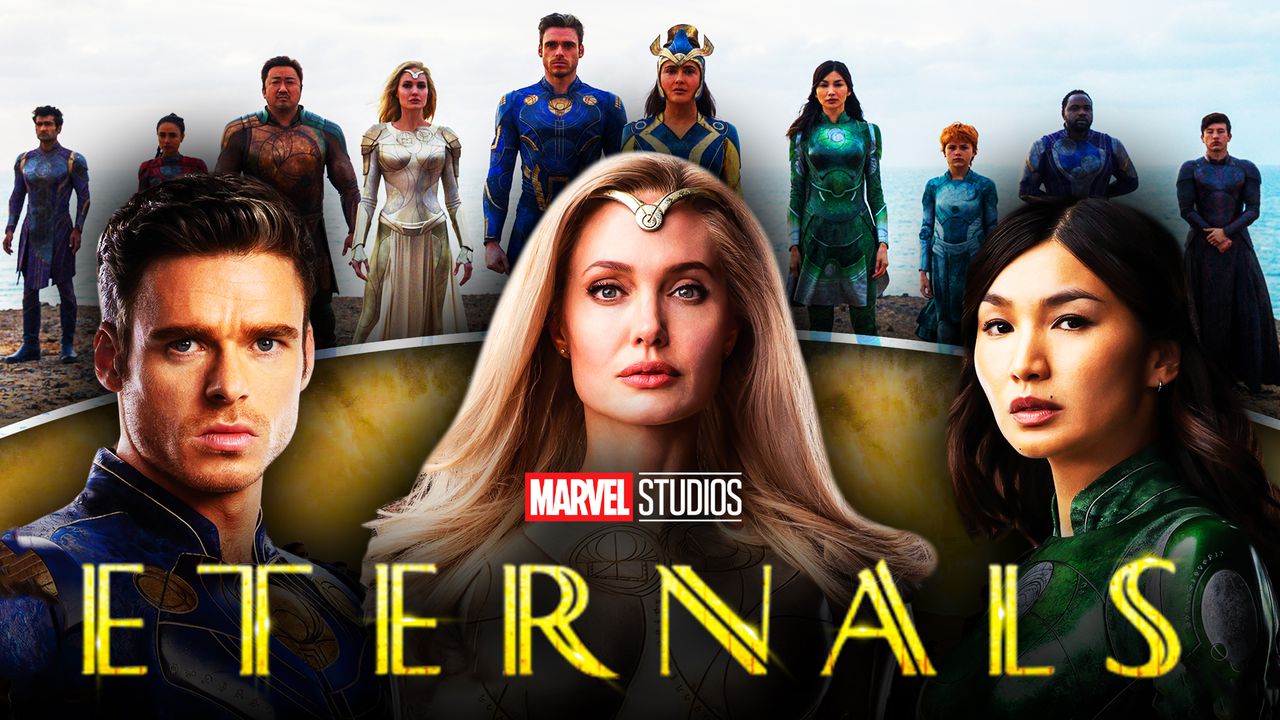 The Eternals are kind of like underground extraterrestrial Avengers who kind of keep themselves to themselves. Their sole purpose is to develop and defend the human race. But only defend humans from other extraterrestrials called the Deviants, Thanos etc can do what they want.

As a movie, the Eternals are one of the Marvel movies that have come from nowhere. So far, even before Iron Man they had something that joined them together, maybe a cameo or Nick Fury popping up at the end. The Eternals is a bit like Shang Chi and it’s fairly stand-alone. Maybe Marvel Studios want to test the water with a few new properties before they decide how to move forward with them.

Writer and Director Chloé Zhao has had to cram a lot of content in this two and half hour movie. I don’t know if that’s a good thing though. It seemed like from start to finish there was almost enough content for a pretty interesting trilogy but having the introduction of this new team, backstories, and relationships for maybe ten characters a timeline that spans thousands of years it all felt like a lot for one movie.

The cast was well selected, I’d love to see one of two of them return but with them being introduced as a team I’m not sure if we will see solo movies. I think for me the stand-out performances were Angelina Jolie as Thena, she really stole every scene she was in and was one of the most believable characters. Kumail Nanjiani as Kingo was amazing and brought a lot of much-needed humor to the cast. Kit Harington also made his Marvel debut in this movie, I heard he had been cast in a Marvel movie and expected a bigger role but he was unfortunately just a supporting character.

Gemma Chan and Richard Madden took the lead roles, I thought Gemma was great in the TV show Humans where she played a robot but not sure if she had the energy to play such a big leading role in the movie. Richard Madden’s character looked like it was based on Superman, I think I read Chloé Zhao liked Zack Snyders Man of Steel and some of the action scenes in Eternals did look like they took inspiration from Superman. That being said both Batman and Superman did get a passing mention in the movie which I thought was a bit strange.

At the end of the movie I wasn’t left with that feeling to want to rewatch it as I do with most comic book movies I go to see, if I did rewatch this movie again it would be just to try and understand the story a bit more, not because I was blown away.

I think this did suffer a little as Shang Chi did by the fact it was a little too much CGI, I know the other Marvel movies are full of it but they give it a bit of realism and mix it in with practical effects. Some of the scenes in this were a bit like a video game.

With Disney Plus looking to make more TV shows I think someone at Marvel Studios is thinking, we shouldn’t have done a movie, this would have suited a TV show much better. They could have taken their time explaining the main scenario and given more time for characters to develop. It would have made a perfect show but as a movie, I can see why a lot of people think it’s not kept up with the quality of the other Marvel movies.

There are so many movies Marvel could have made that would have been better than this, I do feel like there is a big hat at Disney HQ with each Marvel property is written on a piece of paper in it, then its someone’s job to pull out a piece of paper and they decide what to make next from that.

On the plus side, I guess it did introduce a lot of new Marvel mythology and although a sequel doesn’t seem to have been greenlit at this time there must be a plan to introduce them to the wider Marvel Universe at some point.