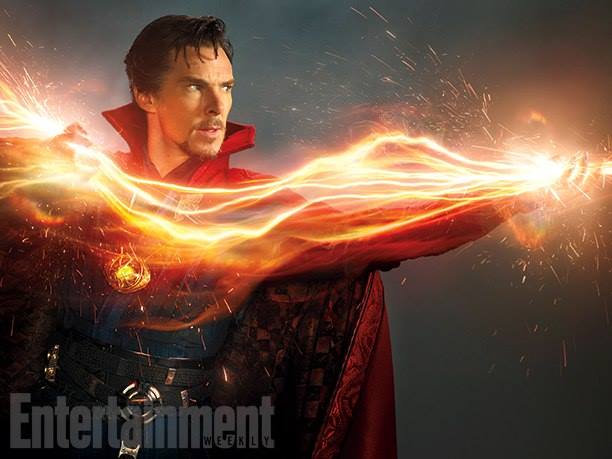 Doctor Strange is getting a reboot after the 1978 movie based on Doctor Stephen Strange the most mystical guy in the Marvel Universe.

The new movie set to be released in 2016 stars British actor Benedict Cumberbatch as the sorcerer supreme. It’s going to be one of the hardest Marvel movie concepts for the studio to bring to life since Captain America. They have managed to keep the Marvel Studios movies grounded in reality by explaining things with science, even Thor and his power can be explained by advanced alien tech.

Doctor Stange is a mystic with magical powers, he can suggest things to people and make them do anything he says. In a universe grounded by some sort of reality how will they introduce supernatural powers.

From these first pictures of Benedict Cumberbatch in his costume it looks like he may have one of the Infinity Stones Thanos is after. The two remaining ones are Soul and Time. This could be the source of Stephen Strange’s powers. If he has the Soul gem it might grant him the supernatural powers needed to ground him in the Marvel Studios interpretation of reality.

If this was true it would mean he would have to lose the power at some point when Thanos gathers all the stones which isn’t out of the question as The Vision also has one embedded in his head granting him life.

Either way the costume looks amazing and with filming almost coming to a close on the movie we should see a lot more pictures coming son along with a trailer possibly launched before Winter Soldier. 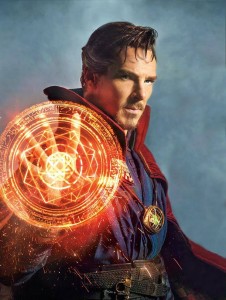 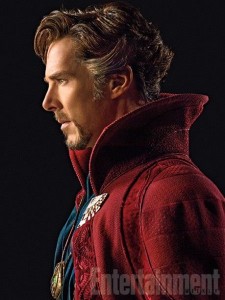 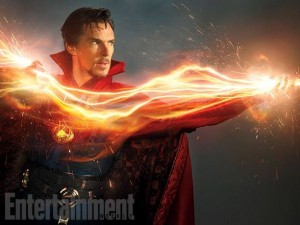 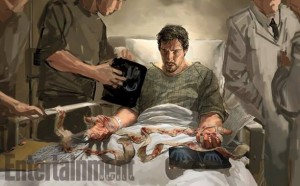 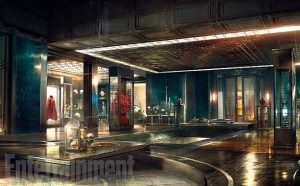 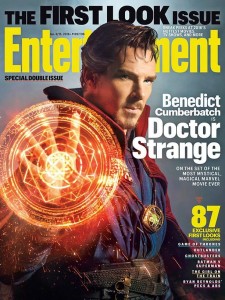 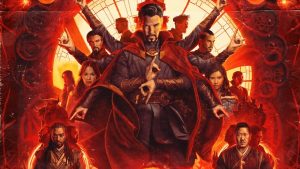 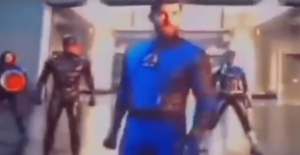 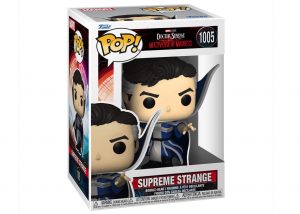