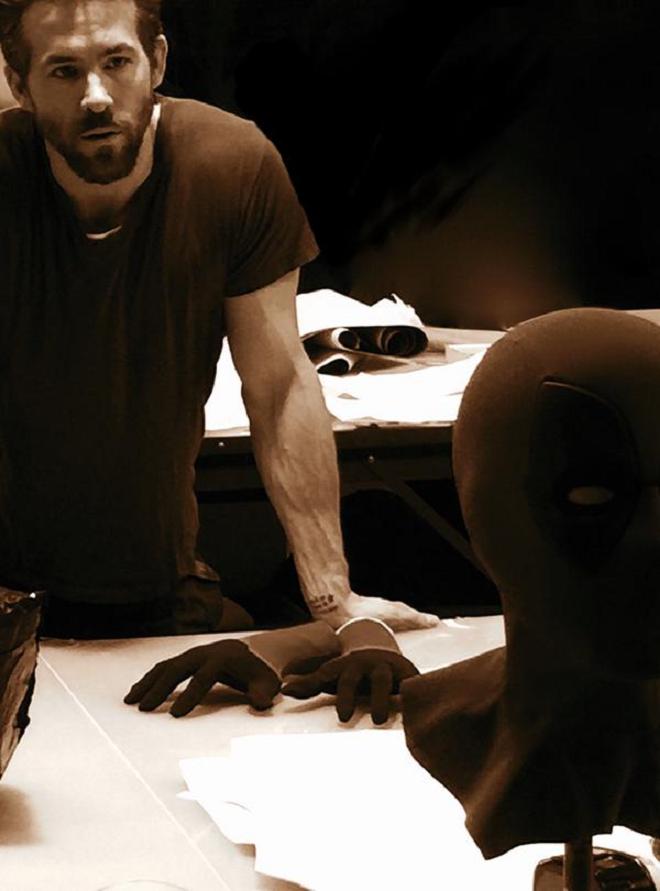 Obviously the Batman vs Superman and Avengers 2 movie will be the biggest movies out in the next year or so but the Ryan Reynolds Deadpool movie is going to be a cult classic and could easily be one of the biggest super hero(villain) movie of the decade.

We haven’t seen much from the movie other than the test footage / trailer released last year. This is the first picture of Ryan Reynolds with the actual Deadpool costume.

It came from a tweet by the Deadpool actor himself

From the last few conventions I’ve been to Deadpool was easily the most popular costume and once this movie is released he will probably inspire a sea of red and black assassins at cons.