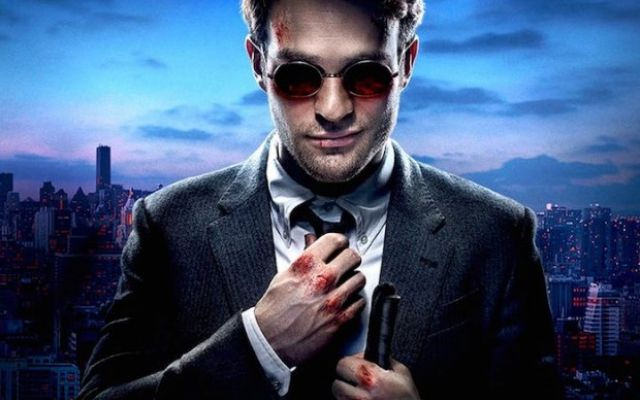 Most of the exciting news for Marvel fans has been focused on the company’s original streaming series lately, and with good reason. While updates have been relatively scarce concerning the upcoming movies in the MCU, there’s been plenty of to talk when it comes to the original series that Marvel has been making with Netflix. Some of the biggest news at this year’s San Diego Comic Con was the unveiling of trailers for three new original shows including Luke Cage, Iron Fist, and the ensemble show the Defenders—and the headlines just keep rolling in.

The first trailer for Luke Cage made quite the splash, and if it doesn’t get you hyped for the new series then we don’t know what will. The teaser runs just shy of 90 seconds but breaks in with the unmistakably infectious sounds of Ol’ Dirty Bastard’s old-school classic, “Shimmy Shimmy Ya,” and has fans very excited for the premier in September. When that iconic piano-line breaks in and Dirt McGirt starts rapping right as Luke Cage begins busting heads, it’s hard not to have your hair stand on end with excitement for the show.

Luke Cage will be the first African-American led superhero property and is a welcome expansion to the streaming arm of the MCU. The show will also serve as a springboard for several more new characters who are about to leap into the Marvel universe. Much like Daredevil brought in both Elektra and the Punisher,Cage will bring Misty Knight to life. Knight is an African-American detective with crazy martial arts skills, and she was originally created in the ’70s. She went on to become a prominent supporting member of the Heroes for Hire. Speaking of HoH, we have our fingers crossed that Luke Cage will also give us our first look at Danny Rand (aka Iron Fist) before the character kicks off his own series in 2017.

The character of Luke Cage was first introduced in the successful Jessica Jones series, which we likely never would have gotten if not for Marvel’s first streaming experiment being a hit. It all began with Marvel’s willingness to give Daredevil one more shot, and it obviously paid off in spades. Long considered a lower-tier character in the Marvel universe, the positive reception of the show has given the character a significant boost in his popularity.

Testing the waters for new characters through its original series has been a great way for Marvel to introduce these heroes to new audiences without the same risk that comes with a big-budget film. While certainly not cheap, a show doesn’t require anywhere near the budget (or time) of one of Marvel’s blockbusters. The company has also experimented with the cultural popularity of its intellectual properties through online gaming. There are several online games themed around Marvel characters, including original series mainstays such as Daredevil and Elektra. The games are modified slot reels that bring the comics to the casino for the casual gaming audience while incorporating the heroes, villains and even some of the characters’ trademark weapons into the games.

Daredevil was officially confirmed for a third season and the Punisher was green-lit for his own show as well. The Punisher will debut in 2017 while the next season of Daredevil has been pushed back to 2018. All 13 episodes of Luke Cage season one will be available on Netflix on September 30, 2016.