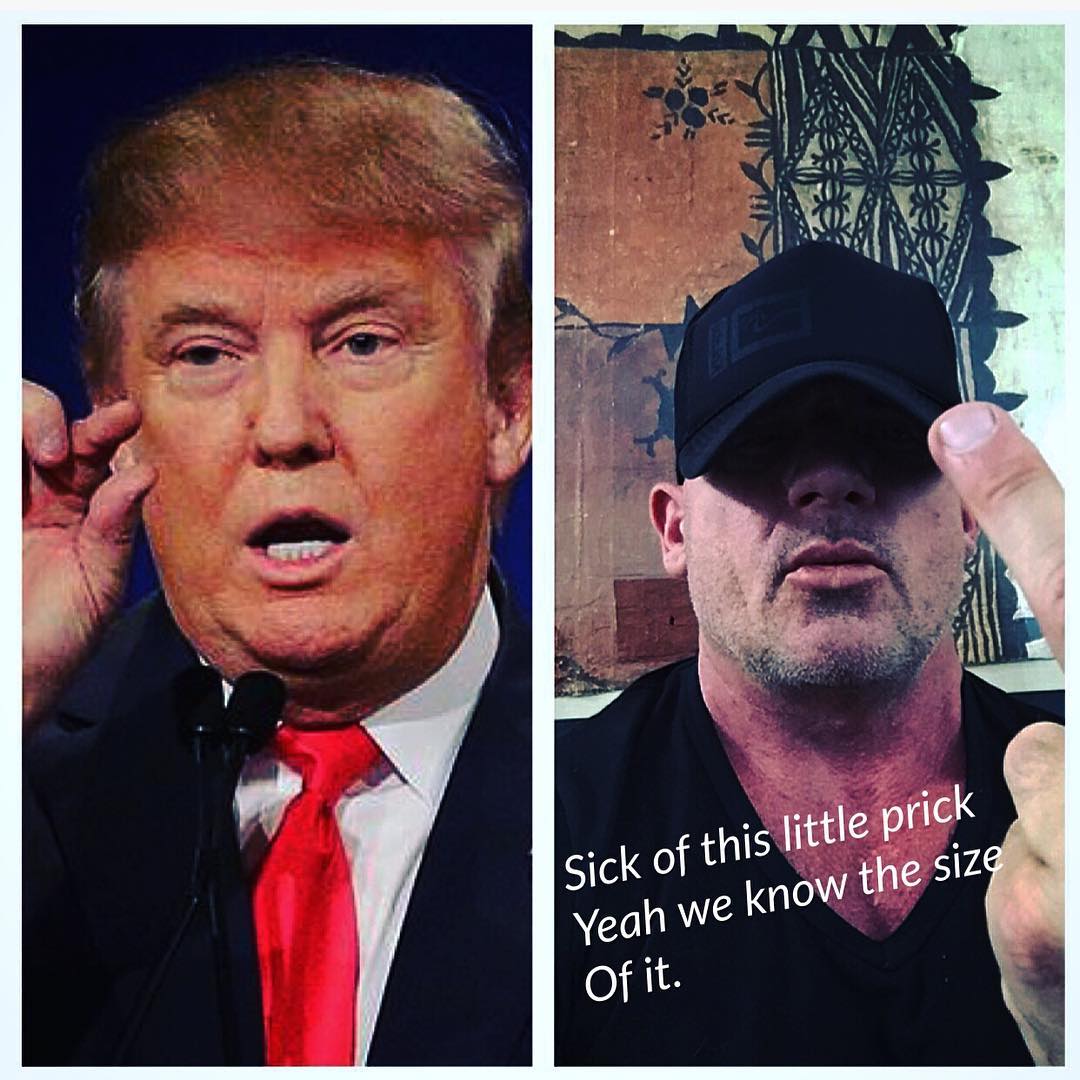 It’s rare that we find someone in the public eye be to honest about their thoughts but time and time again Dominic Purcell who plays Mick Rory / Heat Wave in Legends of Tomorrow has shown he’s cares and isn’t afraid of speaking his mind.

In a recent Instagram post following the DNC convention where Donald Trump spoke, we get an actual honest opinion from a celebrity, someone who is clearly switched on and cares about humanity. This time he isn’t talking about a fictional super villain dictator like Vandal Savage but a real one. He’s just saying what most other people think but it’s good to see an on screen and off screen hero tell it how it is.

How low can u go yo. You fuckin orange #orangutan : questioning a mothers grief and her legitimate reasons for not speaking at the#democraticnationalconvention. Oh you don’t know what I’m talking about. Well the most poignant strikingly authentic words came out of a man an American Muslim man Khizr khan father of American Muslim soldier Humayun s.m. Khan who sacrificed his life to save the lives of American solders. A war hero. At the #dnc convention.

Donald trump belittled the Khans the parents by implying that the soldiers mother was not allowed to speak because of subservience. This is an American Family a American Muslim family and all trump could say was ” I’d like to hear what his wife had to say “….trump supporters this is a gold star American family. His wife Ghazala khan said ” I was very upset when he said ( trump) I didn’t say anything I was in pain I lost my boy”. As mr Khan said. ” there comes a time in history of a nation when an ethical, moral stand has to be taken, regardless of the political response the only reason the REPUBLICAN PARTY are not repudiating his behavior, his threat to democracy , our decency our foundation is because of political consequences.” Mr khan appealed to Mitch McConnell calling him ” what a patriot , a decent human being and then speaker of the house Paul Ryan” ” But isn’t this the time to repudiate trump””????
Mr Khan it won’t happen your dealing with Paul Ryan the speaker of the house that refuses to comment on Trumps racist rhetoric. Like a coward and a brain washed Puritan who would rather have a MAD MAN” be President. WHY? BECAUSE RYAN WANTS TO BE PRESIDENT. WONT HAPPEN RYAN. YOU HAVE PROVEN WHO YOU ARE A GUTLESS PUSSY. History will treat you unkindly.
IF YOU REFUSE TO COMMENT ON TRUMPS OFFENSIVE VERBAL DIARRHEA. IT MEANS YOU DONT HAVE THE BALLS. YOU AINT EVER BECOMING PRESIDENT. WE THE PEOPLE SEE WHO YOU ARE. A FUCKIN COWARD. And Donald your just a very very dangerous human. But a brilliant car sales men. We the east and west get your hustle. You ain’t faking us. Or certainly me. I see through all your bullshit. Every single bit.

If you don’t follow Dominic Purcell on instragram he posts a lot of opinions and back stage pictures from Prison Break and Legends of Tomrrow.