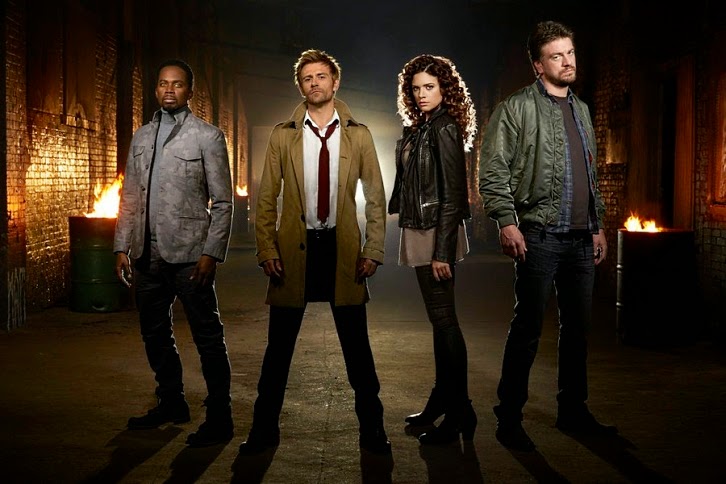 Deadline have reported that  the cast of NBCs Constantine series have been told the series has been put on hold until further notice.

Constantine has been one of the most loyal to the original material and fresh series based on a comic for a long time so it’s a huge shame it may not make it past its 13 episode first season.

The series attracted some amazing comic legends to help write the series including Alan Moore and Garth Ennis. It was even put together by David S Goyer who wrote the Dark Knight trillogy, Blade movies, The Crow so we can forgive him for that Nick Fury TV movie he did.

With a solid foundation and some great source material it is an awesome example of how far you can make a great comic book based TV show. The problem is getting the general public to tune in and watch it each week to invest time and to see it develop.

It looks like John Constantine may just need some time to grow on people but for now its been put on hold with no news of renewal after first season. Those expecting it to be like the Keanu Reeves were probably in for a shock when it was closer to the comics. It also had a lot to compete with as it Gotham and the Flash had better time slots and much more familior source material which made it easier to build a good audience base.

With any hope Constantine will pick up in the viewer raitings and be renewed for a second and many more seasons.