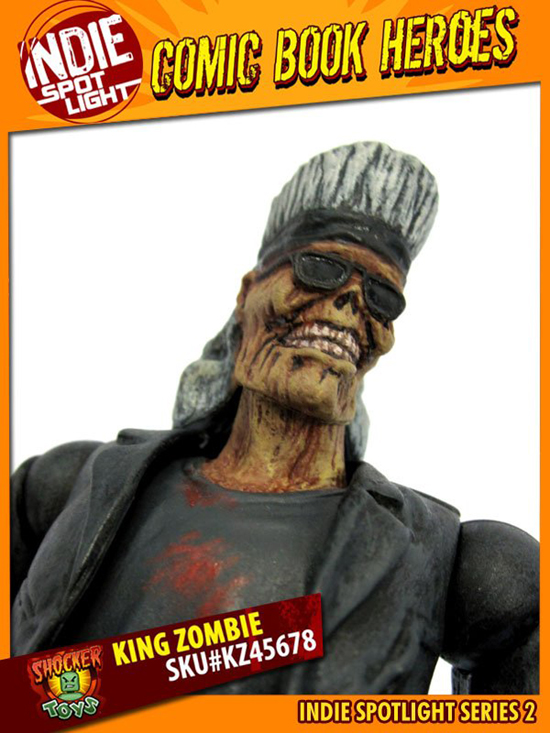 Shocker Toys has published the first pictures of Zombie King from the soon to be released Indie Spotlight 2. Over the last few years Shocker Toys has been hard at work producing a toy line based on indie comic book characters and has secured many big licenses which teamed up with a high quality product are making bigger toy companies look like hobbyists.

So far they has given fans awesome new toys from comics such as SCUD the disposable assassin and The Maxx which were snapped up by fans and sold out quick from the limited series.

Series 2 features a huge version of The Tick also with a comic book version of Dick Tracy and The Zombie King from the Dead World series.

Dead World like a lot of the indie comics has had a number of publishers and currently resides with Image and has a film in early production.
If you would like to grab a copy of the Dead World series the official site also has the first 48 issues packed with extras on a CD available along with a few graphic novels. 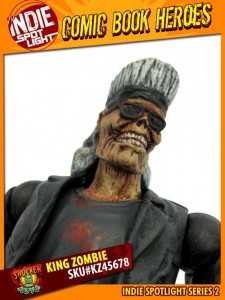 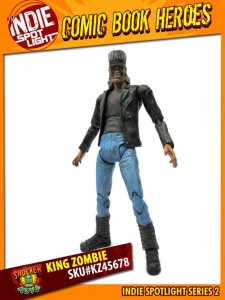