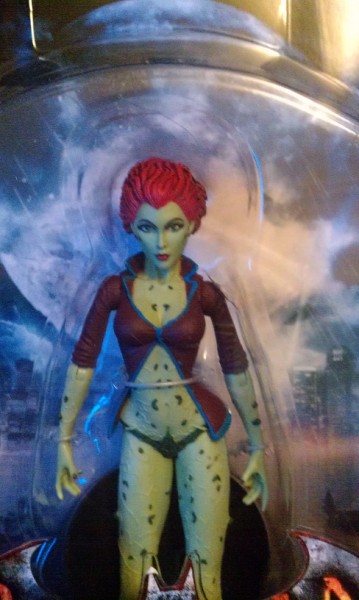 Notice: This is a highly collectable action figure not a doll…

Arkham Asylum was easily the best game of the decade and probably the best comic book game we may ever see. Yes even better than Scud the Disposable Assassin on the Sega Saturn. That Good!

Nobody ever thought the game was going to be as epic as it was but with the sequel out in October and series two of the toy line out this week the reviews continue with Poison Ivy.

Poison Ivy was originally introduced into the Batman universe to help take some of the focus away from Catwoman who at the time was the only other female villain in Gotham City. She became a more important character as Catwoman became more of an anti hero and started having “relations” with Batman.

The Arkham City toy line are on the higher end of the DC direct collectable toy series. The detail is almost statue or bust quality and at the price of a normal figure. I haven’t seen a poison Ivy figure like the darker game version, it’s a must buy or any Poison Ivy fan and it’s defiantly not just another filler figure in the toy line. Compared to Bane the articulation is surprisingly similar. I thought they may have limited Banes movement due to his size but that’s not the case with Poison Ivy. I have a feeling the figure toy line was a bit rushed as they have been sculpted with great detail but the tooling which added articulation is hugely flawed. Again with minimal joint movement which is more noticeable in the elbows as they just don’t move. So far my main complaint about this series is the lack of movement on the figures, this one comes with a little shoulder movement and that’s about it.

The detail on these as I mentioned is pretty close to the DC statues. They look amazing on the shelf and fit in well with other figures in the 5-6 inch range, here modelled with Tifa from Play Arts which has awesome articulation.

Overall again it’s a must buy if you are even considering collecting the toy line as my local comic shop sold a ton of these on the first day and they wont be available for long. 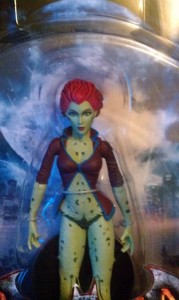 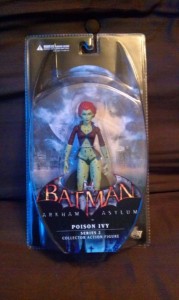 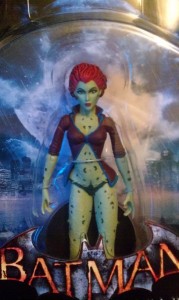 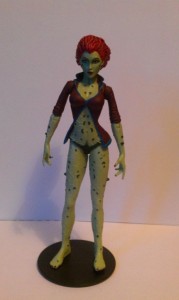 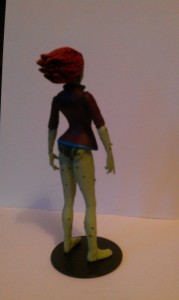 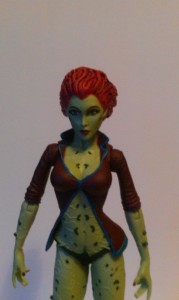 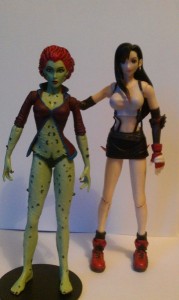 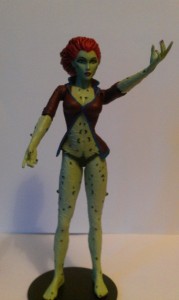