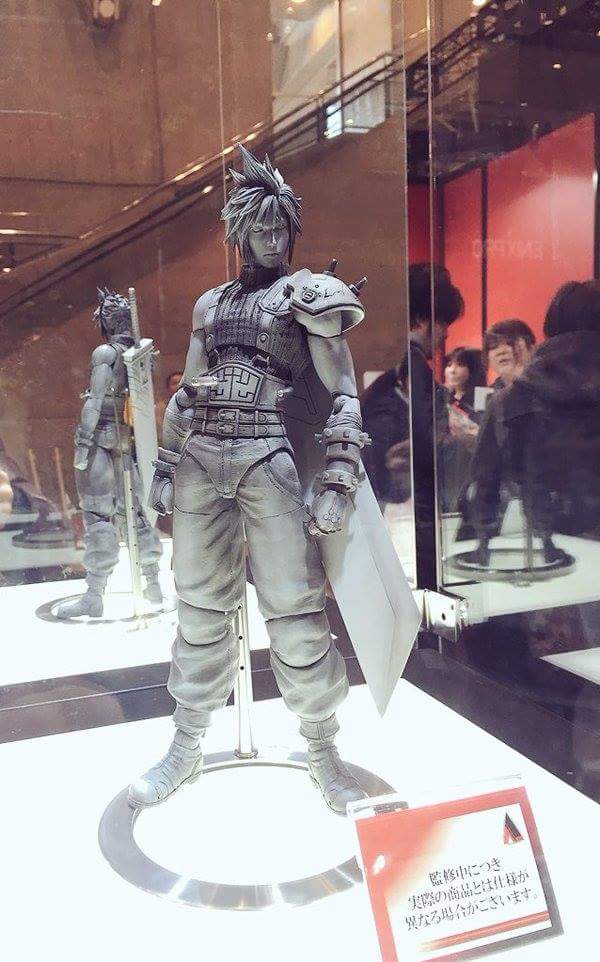 For Square Enix Final Fantasy VII has been a massive cash cow as they have been able to release spin off games, re releases toys , states and all sorts of merchandise. I’m not complaining as I love the game and will buy just about anything they can release.

To coincide with the Final Fantasy VII remake Square Enix are releasing super detailed versions of the main characters in the Play Arts Kai line.

These toys are like masterpiece versions of characters being on the larger than usual toy scale, super articulated and have every minor detail you could notice.

This one if the first in the new FFVII Play Arts Kai series and they are kicking off with the games lead Cloud Strife. The next in the series will likely be Tifa and there are hints with might even get a Hardy-Daytona to go with the Cloud much like the original Play Arts version did.