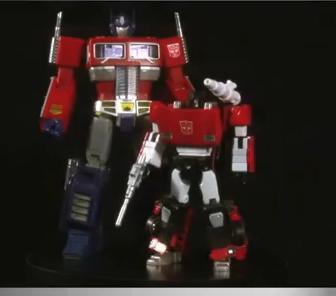 The latest in mega epic Transforming robots Masterpiece Sideswipe is going to be released soon and to tease fans TakaraTomy have released a detailed video of the highly articulated Autobot.

The video comes with commentry from toy designer Shogo Hasui although I don’t know what he says I respect the guy for making these awesome toys. With the break between Transformers movies it’s important for Hasbro and Takara to keep the G1 toys still alive.

The video also has teasers for the next Masterpiece Transformers Soundwave and Red Alert. Soundwave has been in high fan demand for the Masterpiece line for the last ten years and it doesn’t look to dissapoint. Red Alert looks cool be he is just the obvious repaint for Lambor.

One thing to worth noting with these toys is they seem to carry the recent Masterpiece Transformer trend of getting smaller in size but higher in price. The original Masterpiece Optimus Prime was Diecast metal and 12 inches tall at a more than reasonable $100. These will probably be $100+ and only be 5 inches tall.

Overall the video really sells the new figures but looking at the quality of the new additions to the line we should get a Hasbro release at half the price in the New Year. Maybe even an oversized Bootleg at some point too. 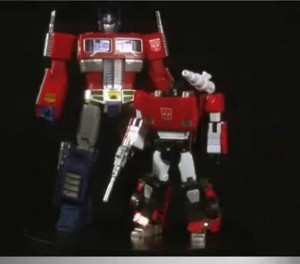 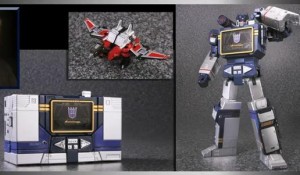 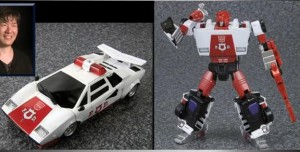