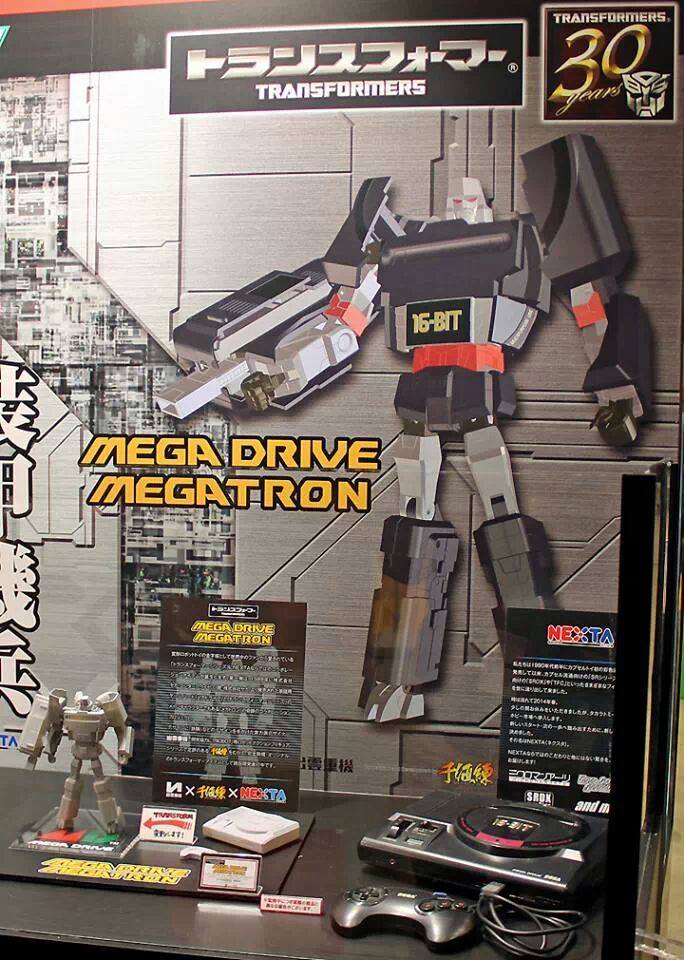 For anyone who loves Transformers and Retro gaming this could be the best thing ever invented. It’s Mega Drive Megatron, Once a great leader of the evil Decepticons now a tribue to one of the best games consoles ever made.

Although I’m more of a Nintendo fan this is an impressive design for a Transformer. It looks like it’s one of many Takara Tomy are releasing in Asia to mark the 30th anniversary of Transformers.

For anyone who thinks it’s a strange choice of alt mode for a Transformer there have been plenty of others including Mickey Mouse, Nike Trainers and Head phones over the last few years.

At the moment it looks very unlikley that this will get a release outside Asia and it’s not too clear if it will function in any way as a console.