The Maxx toy from Shocker Toys 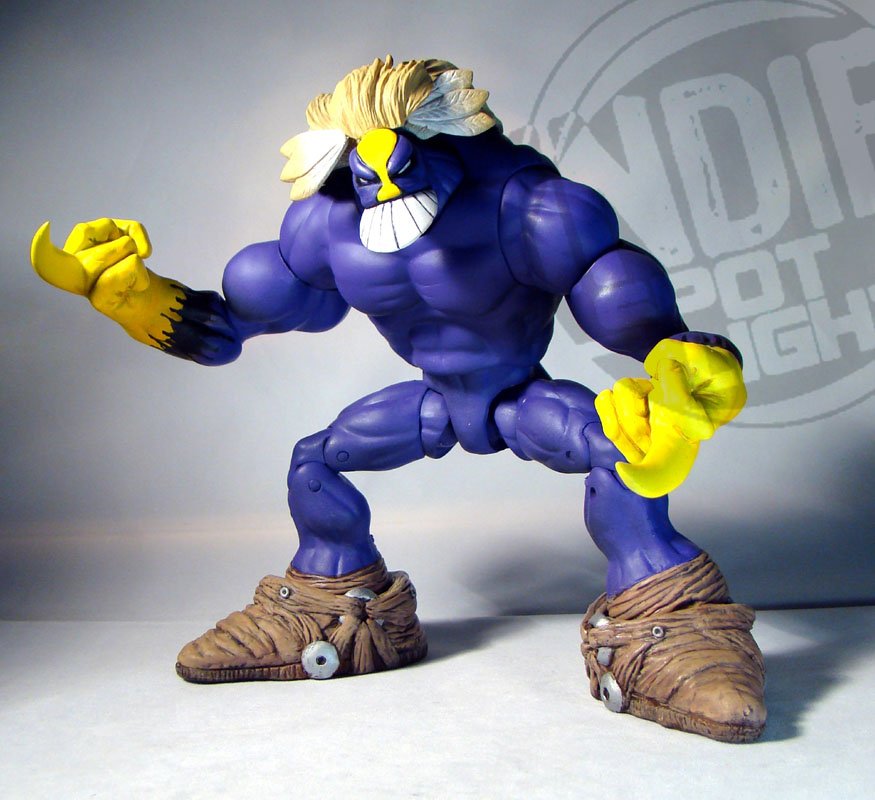 For a lot of indie comic fans it can be hard enough finding a comic your after among all the caped crusaders and dudes in tights. But now thanks to a small toy company called Shocker Toys indie comics are being given toy incarnations in pretty high quality and accurate forms.
The first series has gone down with fans extremely well and I personally love the while line, my favourite is the giant Maxx figure.

Based on Sam Keith’s comic the Maxx figure is a bit bigger then the others in the line and is made out of combination of vinyl and plastic which lend themselves to make a well articulated figure. The sculpting on the figure has had a lot of time taken on it to make him as close to the comic as possible, I have seen a few early prototypes for the figure and if you look around for them you can see how the development of the giant figure has evolved. From the feathers in his hard to the messy bandages making his shoes is sculpt is amazing on this guy.

The paint work on the figure is a little messy at points but is normally hidden by articulated joints it might also be worth mentioning the variations on this toy. The first release was a convention exclusive and made from smokey clear plastic which with a light or window behind it makes the figure look like its radio active in its glow. The second release was the one which got shipped to the toy stores and was solid plastic and had fully painted detail. And the last release was a mix of the two being made from translucent plastic with painted on detail which looks awesome and has the best features of the two previous released.

Overall the figure is a great addition to any collection and soon we will have run down of the rest of the line including the sold out SCUD which may not have another re-release and David Macks Kabuki.