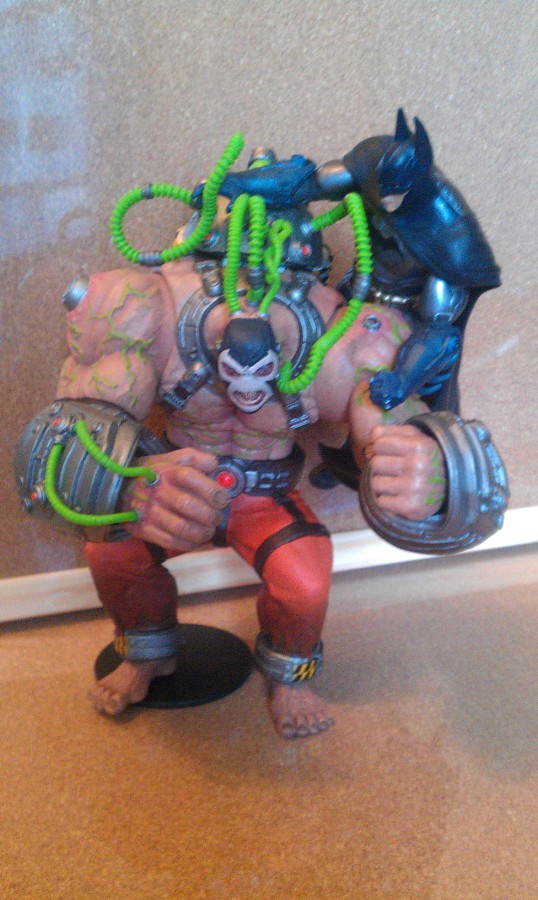 Armored Batman is a highly detailed collectable action figure for adults. Not a toy… lol

Many fans over the last twenty years have asked “Who or what could out cool the Dark Knight”. Well maybe Batman with some kick-ass armour from Arkham Asylum. DC Direct have brought us another amazing plastic incarnation of one of the most loved characters from one of the most loved computer games since X-Wings Vs Tie Fighters.

These should be out in every good comic shop this week so make sure to pick up a set before they are gone forever. Just like Poison Ivy and Bane in the series Batman is high on detail and low on articulation. That’s been the only real problem with this series the fact they seem to have less articulation than a Lego figure.

Armored Batman or at least the one I picked up has a few paint flaws. The armour itself has a metallic touch to it which seems to have not bonded to the figure too well in production. There are a few deep scratched and fuzzyness in the finish which may just be a one off on my figure but its worth keeping an eye out for if you do pick one up. The detail on this figure is pretty awesome and just like it is in the game. The cape is a soft plastic which moves a little and helps him stand up. In the same fashion as Poison Ivy he has some articulation but it’s not very effective. Cool for the type of figure but nothing compared to toys like Indie Spotlight or Marvel Legends.

The first one so far in the series with an actual accessory in the form of his grappling hook. It’s pretty big and I cant see it fitting on his belt but again it is well detailed and grips very well. Out of the three figures so far he is the only one who stands up well due to the cape support but he also comes with a helpful stand to fit in with the others.

Overall it’s well worth a purchase if you have room on your shelf and liked the game. But as mentioned take a look at the figure in the box as he may have paint flaws due to the metallic finish on the armour.

Packaging on this series as whole is awesome.The bubble comes in the shape of Batmans cowl which is a nice touch. 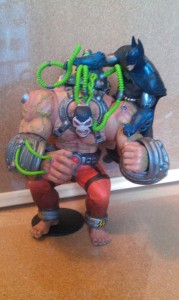 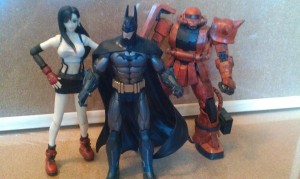 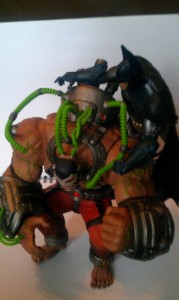 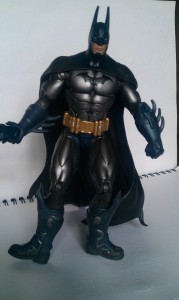 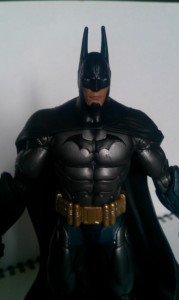 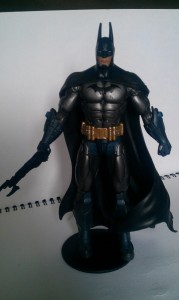 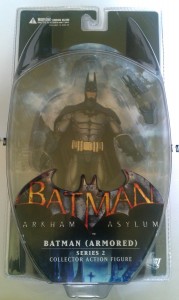