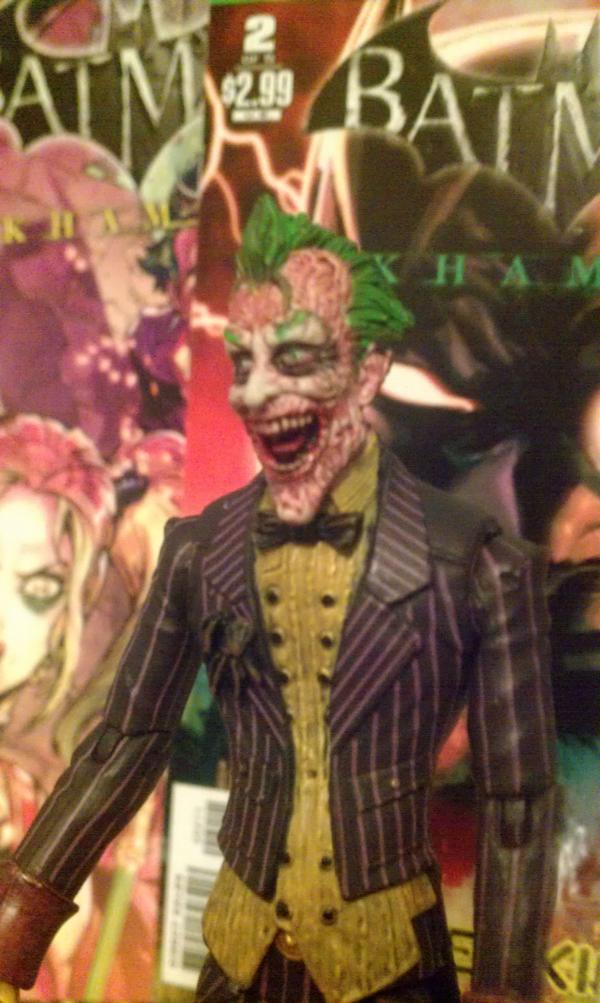 Next up in the DC Direct Arkham Asylum Toy reviews is the unreleased Joker Prototype. It’s been advertised as a Zombie Joker some have said he looks like the venom scarred Joker at the end of the game. In this state would even Harley Quinn love that face.

One thing that was unclear was what series this Joker belonged to. It’s based on the series one Joker but with a new head and all over paint apps. The joints on the scarred version seem to be improved and without a date on the makers stamp its hard to identify which series it belongs to.

In person it does look like a zombie version of the Joker. his face is deranged more than usual. He has more scares and blood on his face and his suit is dirtied like its rotten and decayed. Defiantly not just venom scarred.

Sculpt wise unfortunately it is just his head thats been reworked. His skin is torn and bloody, even his hair has blood in it.

Paint wise his suit looks more aged than the normal version. His shirt is yellowed and hit suit looks faded. For some reason he has white gloves where the normal figure has black.

From playing through the game it defiantly looks like he could have belonged in one of the Scarecrows nightmare scenes. Maybe he will feature in one this October when Arkham City is released. 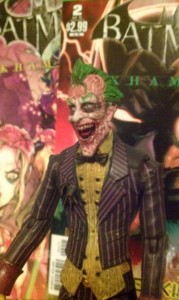 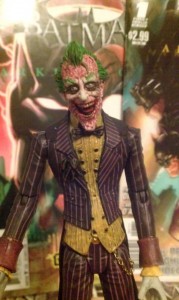 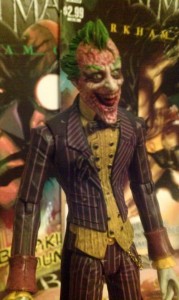 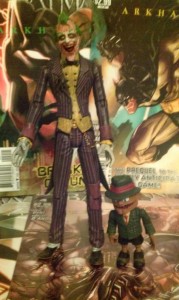 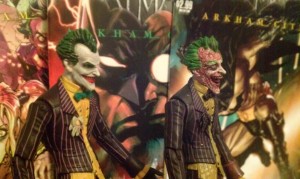 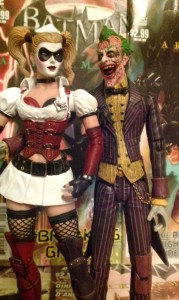 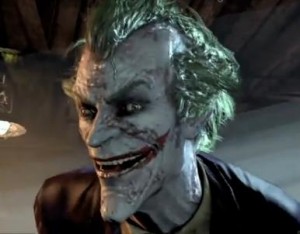