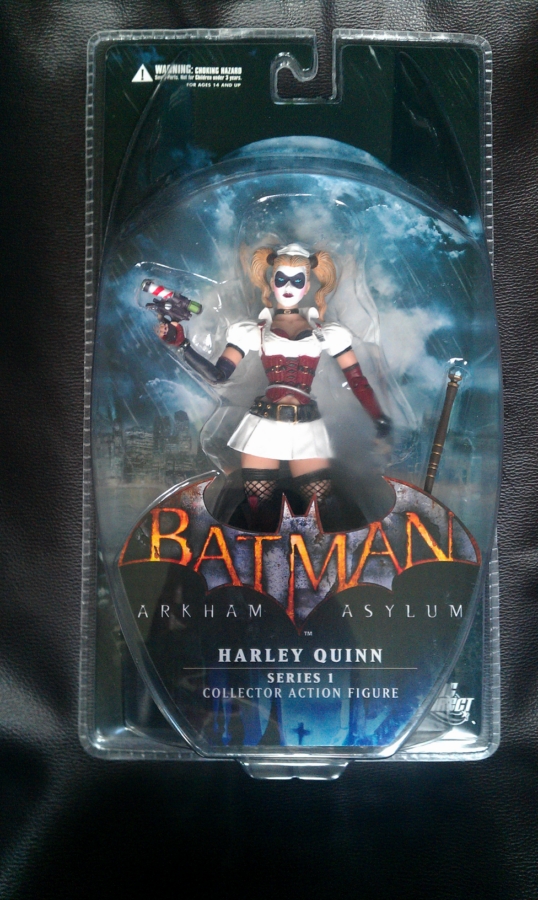 It’s been said that for every great game comes great toy accuracy responsibility. It was a dark horse of a game but when Arkham Asylum was released it quickly became the best game since Mario Bros Lost Levels.

One of it’s most awarding features was how the game had a well developed story to work with and had the opportunity to reinvent a lot of the characters. Harley Quinn was probably the most iconic character of the game after the Batman himself. She had all her previous incarnations from comics and cartoons put aside and was based with concept artist Carlos D’Anda new take on the character.

Carlos D’Anda’s Harley Quinn has had a few stages to development each moving away from the original idea of a jesters outfit to a Gothic Naughty Nurse with a bit of bondage gear included type of costume. What else would the jokers girl friend wear in Arkham Asylum. The figure its self thankfully doesn’t have some of the flaws the other figures did. Where Bane and Poison Ivy has really poor articulation Harley Quinn is probably the most articulated figure in the series. She also has two accessories the Wardens Cane and a Venom Gun which is two more than Ivy came with.

The paint work on this figure is bang on game accurate. From reading reviews of the first run of this toy there were some paint app problems but the reissue seems have fixed those and then some. You can even read the wardens name badge it goes into that fine detail. With the popularity of the game there are going to be a few companies producing figures for Arkham City. DC Direct will continue the current run with a series 3 out in a few months which will include Killer Croc. Mattel have also produced some figures in classic Mattel fashion a little behind the quality of the DC Direct toys. Also a very welcome surprise Japanese company Play Arts are also producing toys for the game which will be out next year. Play Arts are known for making those amazingly accurate Final Fantasy Figures with some amazing articulation and detail. The first run of this figure out last year sold out pretty quick and the second run which this one belong to also sold out within a weekend.At the moment Ebay is full of them at scalpers prices but I would highly recommend holding out for another reissue of the toy line which will be out early next year too.

Overall if you liked the game you will love this toy for your desk, although a 6 inch tall girl clown in a Gothic naughtily nurse outfit with a bit of bondage gear may not be work safe in many places. 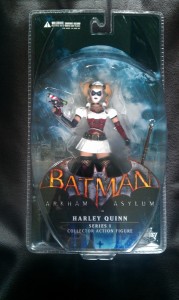 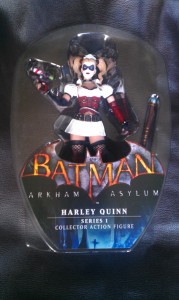 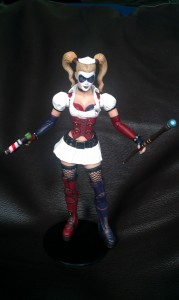 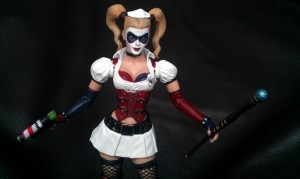 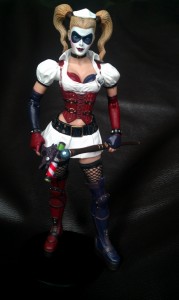 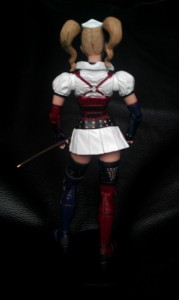 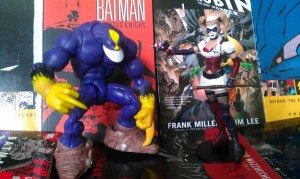 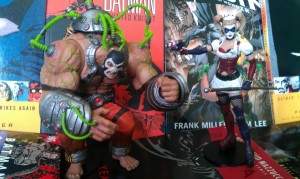 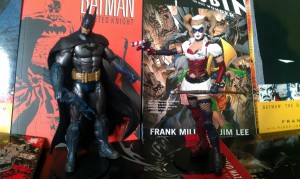 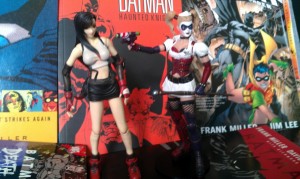 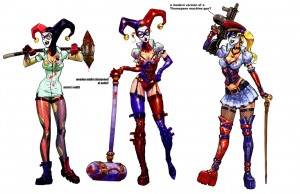 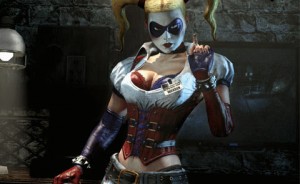 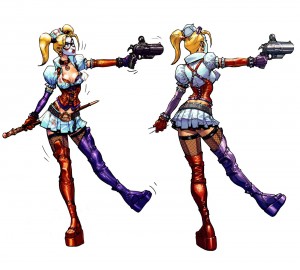