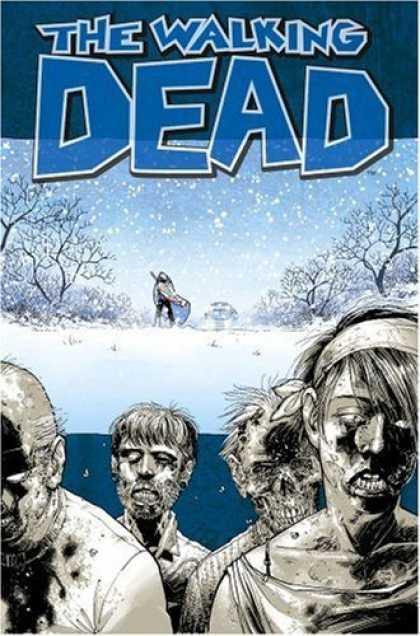 Personally I can’t imagine how Robert Kirkman pitched The Walking Dead to Image comics. Who would believe an ongoing series about zombies could be so poplar and go as far as it has.

The first volume of The Walking Dead was jam packed with handy survival tips, an introduction to the characters and a twist at the end which nobody would expect.
The second volume of The Walking Dead “Miles behind us” continues Rick Grimes adventure through the almost apocalyptic world. The group now several people lighter move on down the road to find a place for shelter and to set up a new safer camp.

They run into a few other survivors along the road and unfortunately for Rick’s son Carl what goes around comes around. The woods and guns don’t seem to agree with Carl and it leads them to a small nearby farm.

The book starts off a little slow but really brings it back in the middle. It’s defiantly an amazing series and a great escape if you want to branch out into something that’s not full of superheroes. Again am in ore that a series about zombies has gone so far and come up with some great ideas.

The first six episodes of the TV series stuck fairly close to the comic and if you want find out what happens next without waiting till next October volume 2 “Miles behind us” would be a great place to start.

Thanks to Image comics for publishing some amazing series over the last few years – Hack Slash, Elephantmen, Scud and Walking Dead have been great fuel for the imagination.