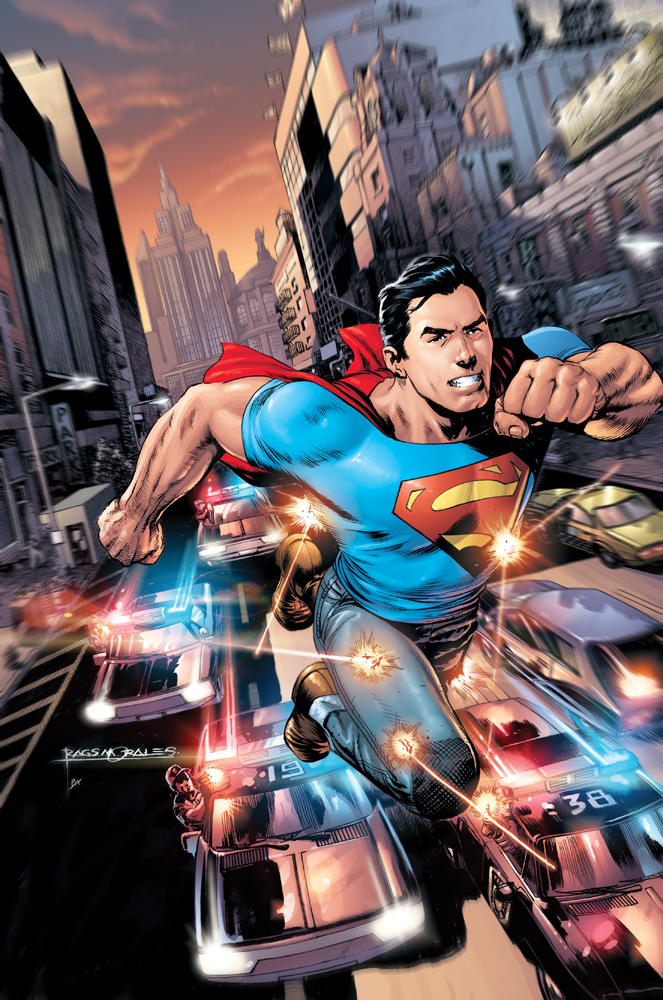 So far the DC reboot has not disappointed a single die hard DC comics fan. The reboot has not only given a whole new life to characters who some have needed for 70 plus years.

Action Comics is probably one of the long running comics from DC which has taken the biggest leap in the reboot. With DC’s longest running comic with a staggering 904 issues it’s just been blown back to issue one. Which kind of means when we get to issue 96 of DCnU in 8 years it will be the 1000th issue.

The new Action Comics is a Superman centric comic but takes place about 5 years before the DCnU JLA or DCnU Superman Comic out later this month which means for the next 5 years or so we will see him develop his powers and identity taking off where Smallville left off.

The new story line is written by the legendary Grant Morrisons (The Filth, Batman and Son, Best bits of Red Son) and his new Superman is a very different take to the Man of Steel most are used to.

From the start you see Superman in a very cheap cosplay version of his real costume. He has a cape T-shirt and jeans, Is a poor reporter for a Daily Planet rival and is trying to save the city from political decay. It’s also worth noting he is still growing into his body and doesn’t have all his powers yet.

The Lex Luthor we see working with the government is the rich eccentric and slightly loopy version we saw in All-Star Superman or the old black and white Superman TV series. It’s a fairly short comic but Morrison really squeezes every drop of comic goodness he can out of the issue. Again an Epic read and 5 stars with the amazing Animal Man.