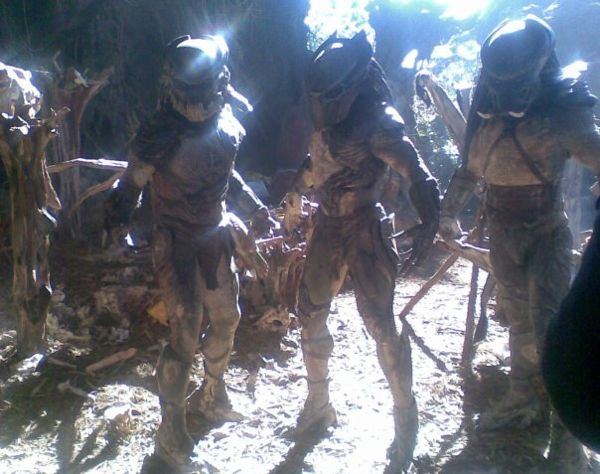 I was a bit sceptic about the new Predators movie at first, was it going to be another AvP or Alien Resurrection, sure they were cool movies but nothing that really lived up to the awesome mythology behind the Predator or Aliens.

The new Predator movie gives me new hope in the franchise, not only does it have a new twist on the usual story but it’s got a super kick-ass cast and production team behind it.

Robert Rodriguez worked on Sin City and is currently working on Sin City 2 and 3. He also worked on The Faculty, From Dusk Till Dawn and Planet Terror. He has a great working history for taking a good story and turning it into a mega cool movie.

Nimród Antal to direct. He has a pretty good history of action and horror and directed Vacancy with Kate Beckinsale a few years ago. That alone was pretty impressive as he managed to do a lot with a movie shot in a motel, I cant wait to see what he does with an entire alien planet.

Danny Trejo who at any one time could have twenty movies in production, he has been in everything from Walker Texas Ranger to Desperate housewives. He is probably best know for Con Air and From Dusk Till Dawn.

Adrien Brody who has worked as much behind the camera as he has in-front, last year he was in the sci-fi flick Splice but he was probably more recognisable from the last King Kong movie.

Topher Grace probably best know for playing Venom in Spider-man 3 and less know for an episode of King of the hill.

Alice Braga is in the recent Repo Men movie and I am Legend so a good background with the Sci-fi genre again.

Derek Mears even the Predator himself has better filmography than most actors. He worked on Men in Black 2, The Tick, Enterprise and played Jason in the recent Friday the 13th.

Brian Steele is another of the predators again has a filmography which would post most actors to shame. He has worked on the recent Resident Evil movies along with the last Terminator movie, Underworld and Hell Boy 2. again he has a great background in the horror sci-fi genre.

Carey Jones a third predator who has a good background in make-up and special effects. He has worked on movies like Pearl Harbor, Terminator 3, Jurassic Park 3 and Drag me to hell.

Laurence Fishburne probably the most recognised star of the movie other than the Predator, he was Morpheus in the Matrix trilogy and also in Assault on Precinct 13.

Nina Proctor who is working on the Predator costumes. She has also had great success bringing characters from Sin City and Planet Terror to life.