The screenplay for Mark Millars Nemesis movie is complete 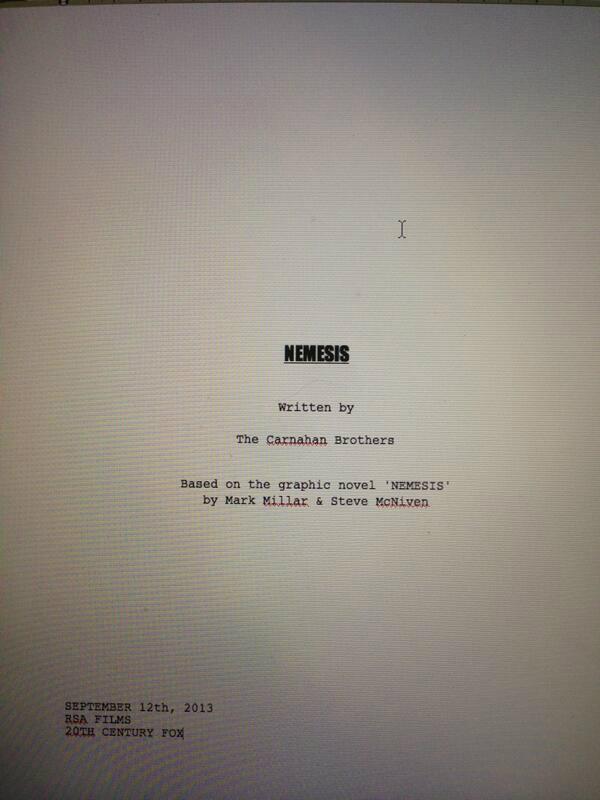 When Mark Millar writes a graphic novels you can begin the count down for a movie. The way he writes all his comics makes them perfect for a film due to the fast pace and no fller.

Nemesis like all of Millars works was destined for a movie and signed a movie deal before the last issue even hit the stores and has finally got a final screenplay thanks to the Carnahan Borhters who were the writers behind World War Z.

If you haven’t read Nemesis it’s basically an anti Batman story. What if Bruce Wayne was a bad guy but still had his millions and genius mind. The comic had some great moments but wasn’t Millars greatest work and I’m guessing the movie will be loosly based on the comic similar to how the Wanted movie was made.