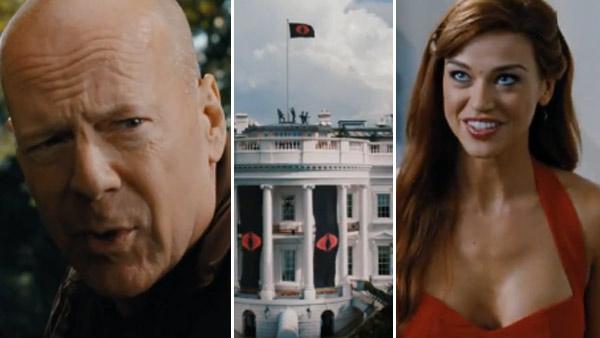 For fans of the Joe the first movie wasn’t too bad. It had a pretty good cast and story which gave good spot light on each of the characters.

The new film has mega hottie Adrianne Palicki who has fallen on her feet after the Wonder Woman series got dropped. Shes playing Lady Jaye who is the main female lead in the sequel which is a big role considering the first movie had both Rachel Nichols and Sienna Miller.

Although this movie does look amazing you can probably skip the first half of the trailer. The second half has the epic mountain sword fighting scene, Palicki in the shower and Bruce Willis shooting a machine gun from the back of a pick-up.

The sequel also has some amazing CGI which almost makes Dwayne Johnson almost look like a credible actor. Almost…

Overall this is one of the first of amazing films comic book fans have to look forward to in 2012.

also if you haven’t seen it yet the Dark Knight Rises prologue is still online.