With a recent status update from Aspen comics we may have a minor tease of where the Fathom movie is up to.

The Fathom movie has been in the works since 2002 and has had some major names attached such as James Cameron and Megan Fox but for numerous reasons it’s been delayed or been reworked for over ten years.

Being in movie limbo for so long a lot of fans have lost hope in seing a live action movie based on the comic series. That is until a recent status update from Fathom publishers Aspen.

We’d love to see a Fathom movie in 2015 – “LIKE” if you would too! Let us know who you’d like to see wearing coral armor on the big screen!

This does look like more than just a tease to fans and they may finally have sign off on the movie but the question is whether or not Megan Fox is still interested in playing the lead role in another comic book movie after Jonah Hex.

Although it has been delayed for ten years it’s not necessarily a bad thing, writers will have a lot more material to work with than they previously and the latest material could make for an epic movie. Fingers crossed for the 2015 release date. 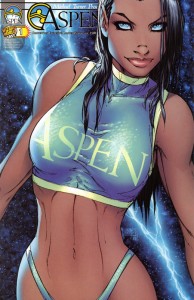