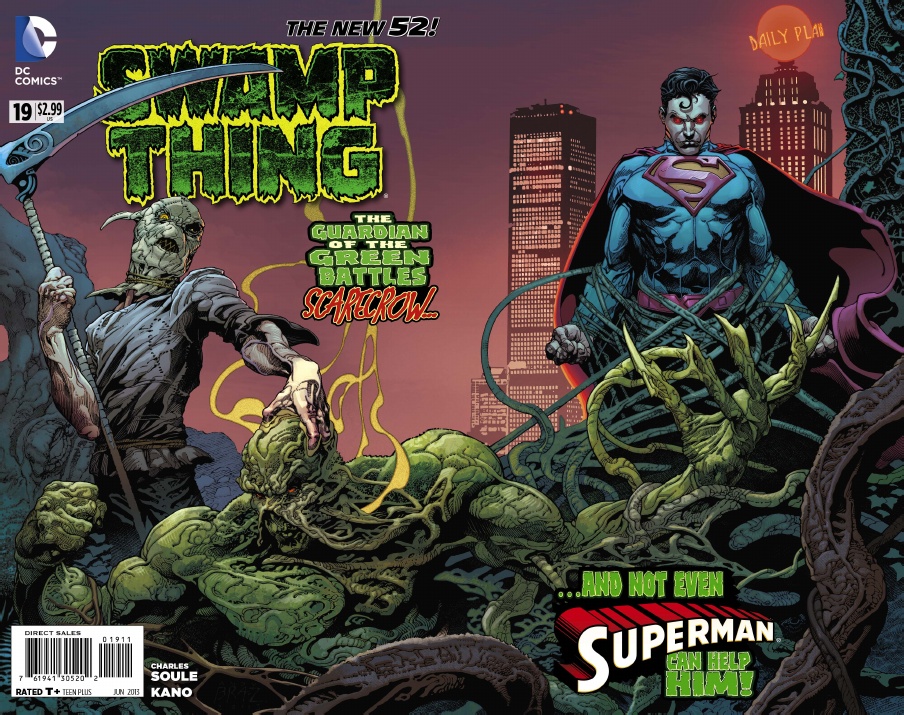 Following what David S Goyer recently said about Man of Steel being set in a different universe than the Dark Knight movies which he wrote Guillermo Del Toro has spoken to MTV about the Dark Justice League movie.

The Dark Universe movie has been in development for a few years and is probably further along production that the Justice League movie. Guillermo Del Toro told MTV.

The great thing about Dark Universe is you have this possibility of creating a supernatural group and you can play by different rules’ but I would love to see the DC universe become as cohesive as the Marvel film universe. So if there’s any correlation, I will honour it.

It’s good news that Warnder Bros want their new DC comics movies to all belong in the same place and the concept that we might have Swamp Thing and Superman in one movie in the future is mind blowingly awesome.