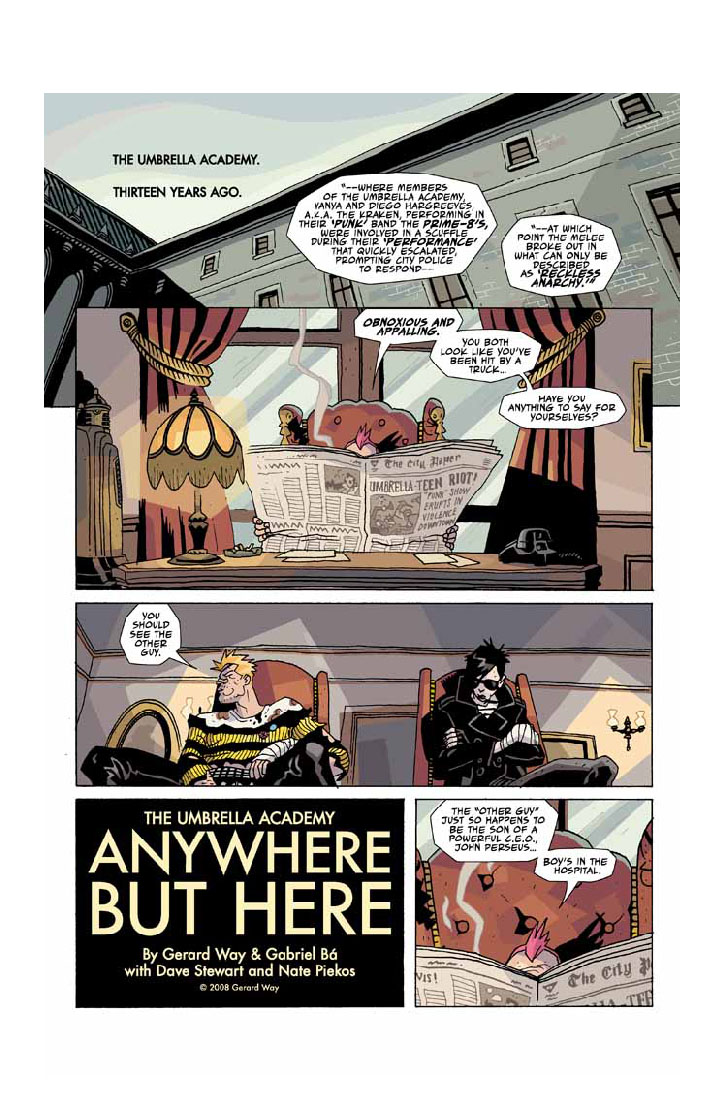 The umbrella academy started as three short stories the first being “…But the past ain’t through with you.”(Named from lyrics of My Chemical Romances’ song, Kill all your friends.) This was the first printed Umbrella Academy story in the series in the 2007 dark horse free comic book day issue.

The story starts with Spaceboy, The Rumor, and The Séance in an alley finding a body who also is The Rumor killed by The Murder Magician and his assistant The Assistant who are on the Lucifer Clark show (a late night talk show) where he brags about killing The Rumor and his murderbot which he claims will be to murder people.

The scene changes to Inspector Lupo on the set of the show complaining about what was said and waits for the umbrella academy which have teleported from Tokyo after fighting a sea serpent. The Assistant then asks to The Rumor didn’t we kill you. There is then a fight between The Murder Magician and the umbrella academy where kraken eventually defeats the Murderbot.

The end has an editorial note “this has been an adventure featuring the umbrella academy. Some of the characters you have enjoyed today may or may not be living and/or dead by the next episode.”

Below are some the covers for the three hard to find issues:
Anywhere but here
Safe and sound
Zero Killer

Thanks again to ChrisM8101 for the follow up on Umbrella Academy 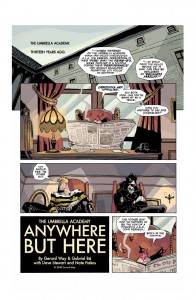 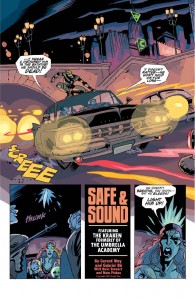 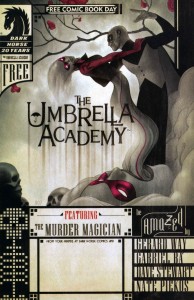