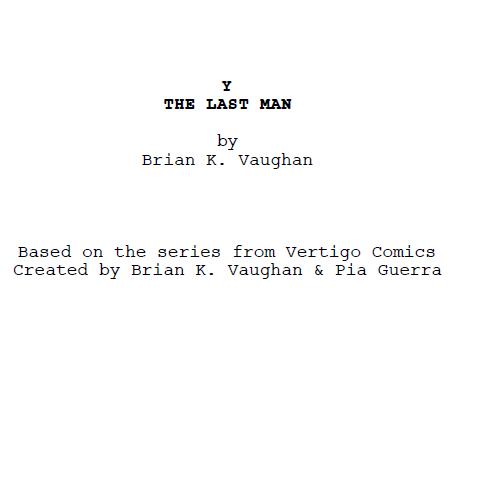 It’s one of Vertigo’s best selling comics of recent years and it’s not surprising that it as signed up quickly to a movie deal. Y : the last man is the story of Yorick Brown the last man alive after every other male on the planet got wiped out instantly. Sounds fun but he is one woman’s saviour and another woman’s curse.

The original comic series was 60 issues long and even if it’s compressed into a two hour movie that’s only two minutes an issue. Hopefully the story wont suffer too much to be sold to the main stream audience.

A few months ago a script was leaked onto the net, if its real they haven’t done too bad a job of it. Written by Brian K. Vaughan the original writer of the comic series it stays pretty close to the original concept with all the filler cut out. Well worth a watch even if it is just Shia labeouf in a dress for two hours.