Homecomic-book-movies300: Rise of an Empire 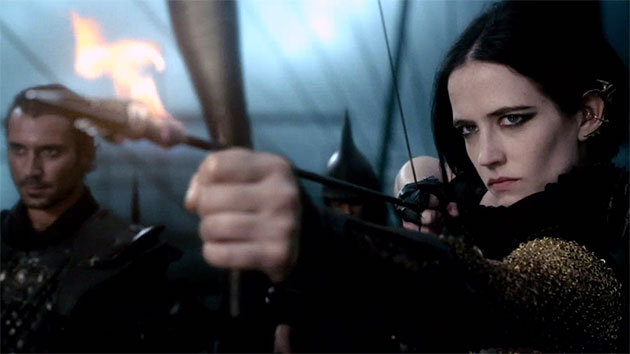 "Throws a spear through the face of the first 300"

We are spoilt in 2014 for comic book movies and it would be easy to miss a few but this isn’t one of those movies. It’s a movie which has learned from the first movie and added loads more action and evolved the whole atmosphere of the first movie.

This one was tagged as a prequel at one point as it explored the origin of Xerxes the god king which this movie does touch upon but only to introduce some new characters. In fact in this movie Xerxes isn’t even the main villain in the movie as it follows his adopted sister Artemisia (Eva Green) and her invasion of Athens.

The movie takes place before, during and just following the battle of 300 in the first movie. It starts with the first invasion of Greece when Xerxes father ran the empire. he is then killed by Themistokles (Sullivan Stapleton) the hero of this movie and Xerxes vows to return to take his revenge.

The real show stealer is Artemisia played by Eva Green. With so many comic book movies avoiding putting strong female characters in this movie has made an original strong female leader who is also sexy and super evil but not in a classical baddie as you really want her to win at some points in the movie.

Shows like Sparticus obviously got inspired by the first 300 movie but it’s almost like parts of this movie were inspired by Sparticus. The language is changed and the diplomatic talk scene between Artemisia Themistokles isn’t something that I imagine Frank Miller having in his un finished graphic novel.

Other than outlining bits of the story I can’t imagine Frank Miller having too much to do with this movie. The first movie was almost word for word from his Graphic Novel but for this movie they didn’t have a finished Xerxes book, from what I’ve found Miller hasn’t even got past the first two issues. So saying this movie is based on Frank Millers graphic novel Xerxes may be a stretch as the book doesn’t even exist yet. Although he has written some awesome books in the past his recent releases haven’t gone down too well. He did a good job with All-Start Batman and Robin but that was dropped by DC half way through and Holy Terror could have maybe been kept un published.

This movie is well made and well paced thanks to the screen play by Zack Snyder who is also currently working on the upcoming Batman/Superman movie which can’t get released soon enough.

One interesting point about this movie is it’s left wide open for a sequel which wasn’t expected. Also out of all the characters we have seen in the 300 universe Artemisia is easily my favourite and could have a movie of her own. She’s like a female Loki, the villain you shouldn’t like but in the end becomes the most inspirational personality in the movie.